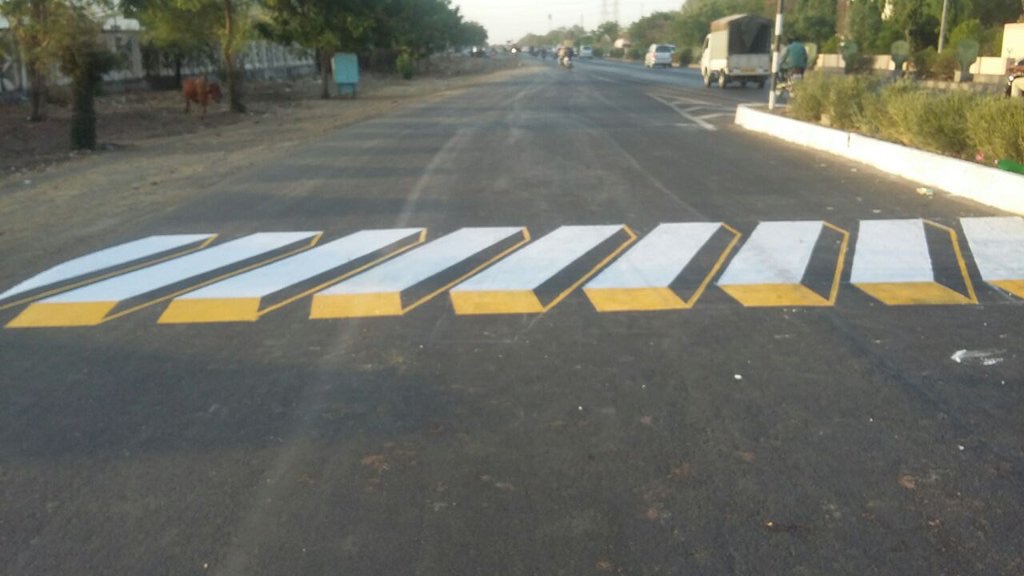 In India, 11,000 people die each year in automobile accidents tied to potholes or speed bumps, presumably because drivers fly over them, often on purpose. India's minister of road transport, Nitin Gadkari, hopes faux speed bumps will help by encouraging drivers to slow down while reducing the risk when they don't.

"We are trying out 3D paintings used as virtual speed breakers to avoid unnecessary requirements of speed breakers," Gadkari tweeted along with the image above.


The optical illusions have been tried in other countries, including the US, as I posted back in 2008.


"Initially they were great," Phoenix, Arizona police traffic coordinator officer Terry Sills said at the time. "Until people found out what they were."