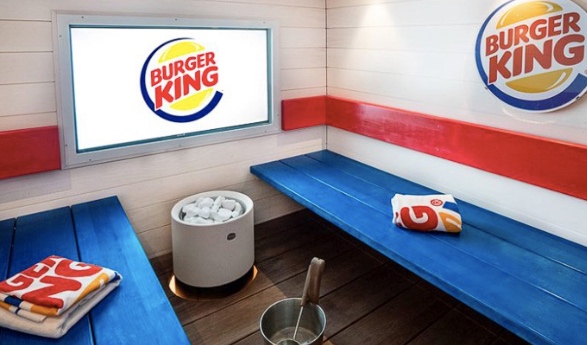 Customers of a Burger King in downtown Helsinki, Finland can relax in an in-store sauna before enjoying the restaurant's fine cuisine. According to the restaurant chain's brand manager in Finland, Hanne-Mari Ahonen, the goal is to mix the local Finnish tradition of saunas with the universal taste of, er, a Whopper. You can also watch TV or play video games while shvitzing. Apparently food is not permitted in the sauna though.


"No, no, the sauna is for sweating it out, and our hamburgers taste all the better for it afterward," Ahonen said.