A backer message as Earth leaves beta and goes 1.0 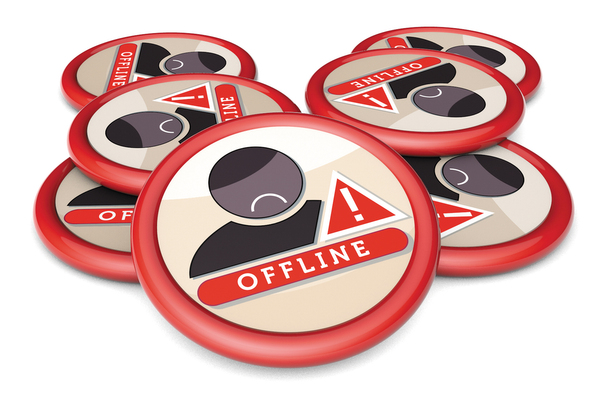 "Project Earth is leaving beta," JW Alden's arch, funny short-short science fiction story in Nature, is a delightful little piece of design fiction in the form of a letter to the backers of planet Earth's crowdfunding, announcing the coming server wipe and 1.0 release ("Yes, we know you've poured time and effort into your 'lives' on Earth, and it's disappointing to lose your progress"), and a host of long overdue features:

NEW: Abuser Report System Every multiplayer experience comes with griefers and trolls. Unfortunately, the nature of Earth's gameplay makes it very difficult to tell when someone is being an asshole on purpose, but we've implemented a system that lets you flag an avatar for review. This notifies our mod team, who will examine the player's behaviour for signs of intentional griefing. Please don't abuse this feature! Only report an avatar if it exhibits unreasonable hostility that could not possibly be the result of normal 'human' development.

NEW: Advanced Career Paths A limited number of political and business leadership careers will open to the general playerbase. Previous builds allowed only members with mod privilege to take on certain leadership positions in-game, which allowed us to shape the progress of 'civilization' as we saw fit. We've listened to your feedback on this policy, and we're thrilled to open this aspect of the game to all players. We're also hoping this will address the 'conspiracy theory' phenomenon that became prevalent in previous builds.

NEW: Space Exploration Many of you were quite vocal when we curtailed the space race during our 'cold war' in-game event. At the time, we worried about the playerbase advancing past the capabilities of our current build, so we steered focus back towards Earth itself. Since then, we've been working hard on a new procedural engine for the cosmos, and now we're ready to roll it out. We hope this will revitalize many career questlines, including the astronaut path. Oh, and don't think we haven't heard your complaints about the light-speed barrier. These things take time.

I consider myself to be a skilled parallel parker, mostly because I spent my younger years driving my mom’s 1975 Oldsmobile Delta 88 land yacht. I’m not sure if I follow the steps laid out in this video by Jalopnik’s Andrew Collins but his does seem like a technically sound approach that’s infinitely better than […]