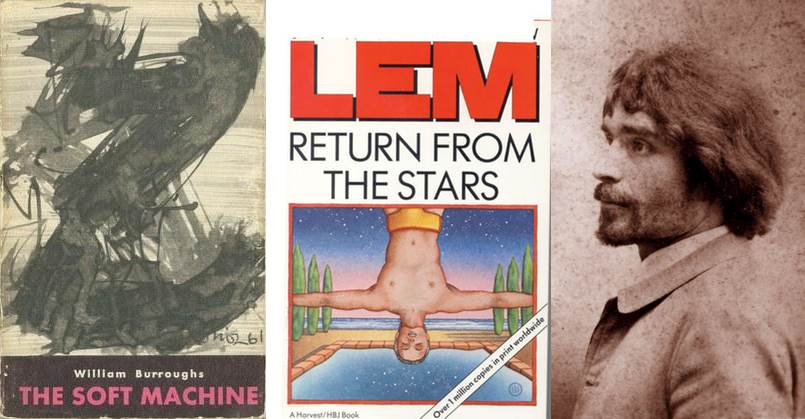 Stanislaw Lem predicted ebook readers in his 1961 novel, Return from the Stars.

I spent the afternoon in a bookstore. There were no books in it. None had been printed for nearly half a century...

The bookstore resembled, instead, an electronic laboratory. The books were crystals with recorded contents. They can be read the aid of an opton, which was similar to a book but had only one page between the covers. At a touch, successive pages of the text appeared on it... Thus all my purchases fitted into one pocket, though there must have been almost three hundred titles. My handful of crystal corn - my books.

Also in 1961, William Burroughs predicted social media in his novel The Soft Machine:

[I]n possession of an evocation device ... these images will come at our call, the Chaplains and Pickfords of the day, and we will receive them anywhere, in the living-room or in the wood or on the terrace. Each one of us, solitary or not, will be able to receive the images at home, tonight we will have Cleopatra, Danton, or Madam Du Barry, and these shadows, alone or in numbers, will people our homes and vanish at a click... Animated images generated by electric current or by the sun...

Any other examples of authors foreseeing 21st century media technology?