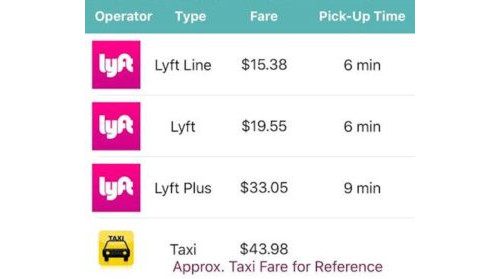 Uber terminated access to its API for Urbanhail, a startup that compared pricing and availability among ride-hailing apps and taxi companies, after chastising the company's founders for violating its terms of service, which forbid creating competitive uses.

As Urbanhail co-founder Amber James said, it's a moment of sublime irony, given Uber's ceaseless rhetoric about the importance of competition: "They are absolutely a champion of competition when it’s them against taxi companies or them against regulators. However, in its own ride-hailing niche of the transportation market, Uber’s stance is ironically absolutely anti-competitive."

The startup has at least one advocate in Ben Edelman, a Harvard Business School professor who has made a career researching and exposing wrongdoing among newer web companies like Facebook and Google.

In a blog post earlier this week, Edelman, who informally advised the Urbanhail team, wrote that Uber’s API restrictions were designed to limit competition and argued they were “vulnerable” from a legal perspective.

“Uber’s purpose is transparently to impede competition —to make it more difficult for competing services to provide relevant and timely offers to appropriate customers,” he wrote.