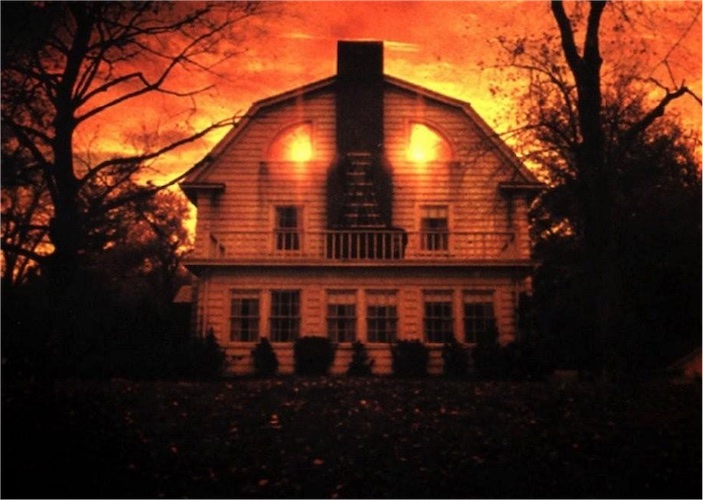 The world's most famous haunted house, 108 Ocean Avenue (formerly 112 Ocean Avenue), in Amityville, New York is on the market again. This is the Dutch Colonial home where in 1974 Ronald DeFeo, Jr. killed six family members and, four years later, George and Kathy Lutz and their children reported that they were terrorized by evil demons. Their story became the basis for the Jay Anson's 1977 book The Amityville Horror, director Stuart Rosenberg's 1979 film adaptation, and a slew of crappy sequels that followed.

Listed at $850,000, the five bedroom, 3.5 bath home on the Amityville River includes a large boat house and slip.


According to the realtors, "There've been four owners since the murders, and none of them ran out of the house screaming, and there were no strange experiences [such as murder.]"

If I bought it, the first thing I'd do is reinstall the demonic pig'e eye windows.