How to perform a magic gimmick in a way that astounds 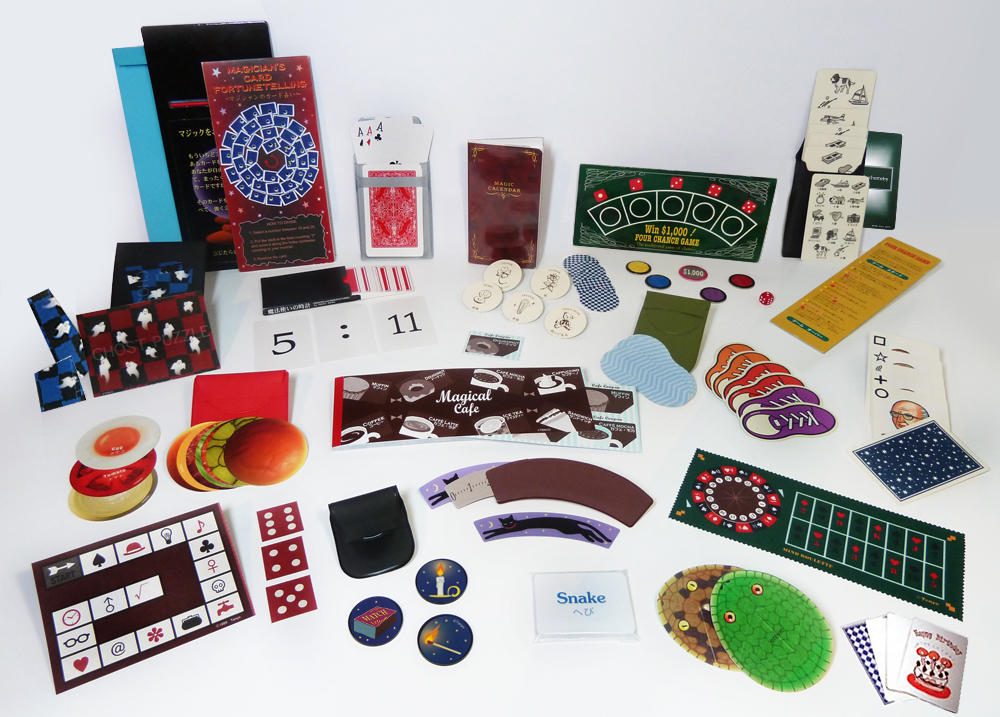 For many years, Tenyo's clever "self-performing" magic gimmicks have been a delight to amateur magicians and a bugaboo of professionals, who sneered at them as being obvious, hackneyed and, well, gimmicky.

As Andy puts it on The Jerx, the effect of these tricks isn't so much, "That's incredible!" as it is: "Huh, well... there you go. I guess he's got a plastic thingamajig that allows that to happen somehow. Neat."

But Andy proposes a way of performing these tricks that puts them into a context where they seem downright astounding, and make the performer and the audience feel like they've shared a rare, transcendent moment's journey to a wondrous realm of the inexplicable.

You pull out a little package and begin to unwrap it revealing a plain box inside. As you unwrap the box you tell a story like this. "So, in Japan, there's this guy who runs this little factory. Now, I don't know how much of this is true, but this is what I believe to be true. It's not anything you can google because this stuff is all secret, but this is what I've picked up from other people. So, he runs this small factory and no one knows for sure where it is, and no one knows for sure who works there. And this factory of his produces one magic trick every year that he sends out to a couple hundred magicians. People who have done something in magic that he enjoyed. No one knows how this guy finds out about your work, or how he find out where you live. Just one day you start getting these packages in the mail."

"He's supposedly a funny little dude. His name is Yoten, I believe. This guy is like 4 feet tall and 200 pounds with these big glasses. And one time when one of the magic magazines did finally track him down when he was out for a walk, they tried to interview him and apparently he just giggled for 5 straight minutes. Not in a creepy way, but in a way that had them all laughing too. At one point the interviewer looks down to stop his recorder and when he looks back up the guy is 40 yards away scurrying into the forrest. Like apparently he ran 40 yard in 4 seconds. Like an NFL wide receiver."

"But here's the thing. He doesn't create tricks for other magicians to perform. He creates these tricks -- these little plastic tricks that look like toys -- and they, somehow... I don't even really know how to say it... they perform themselves. You just follow the instructions and something magical happens and no one has any clue how it works. But it only works that once."

"And that's why I'm glad you're here because I just got this year's package and usually I'm too excited to see the trick to wait for anyone to come by. And one of the rules is you're not allowed to record the trick. I don't know how he'd know. But apparently he knows."


A Big Concept and A Little Idea [Andy/The Jerx]

Gadgets / it's how you tell it / magic / narrative / patter