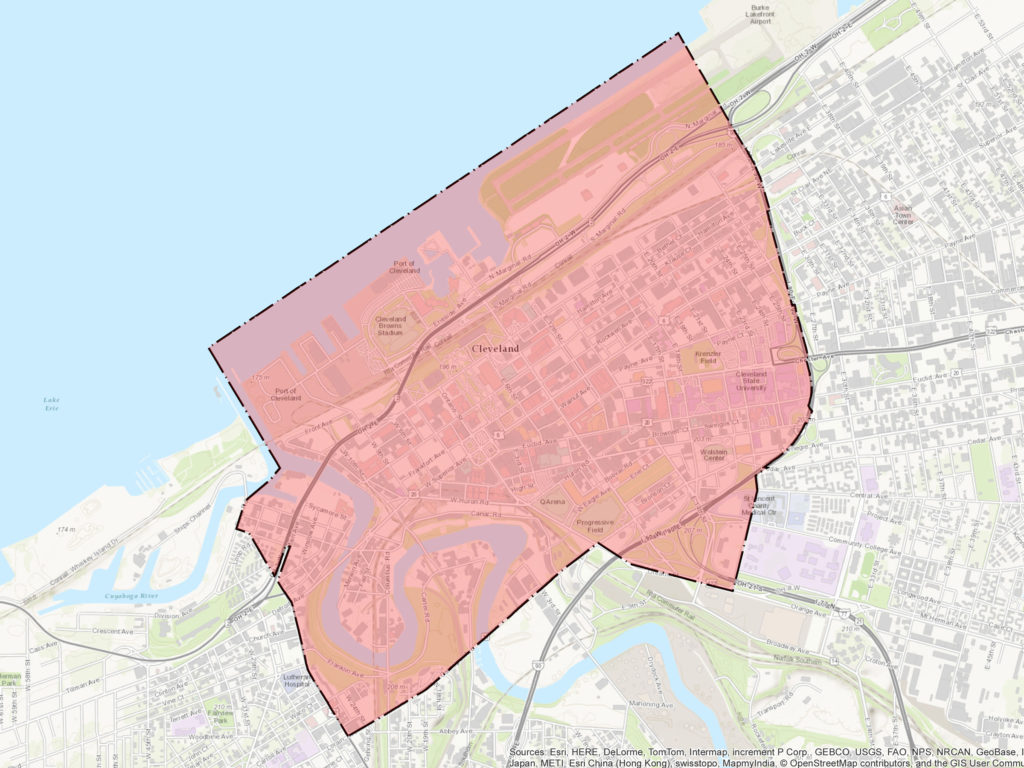 The city of Cleveland has revealed its crowd control plan for next month's Republican National Convention, a heavily policed, fenced off 3.3 square-mile "event zone" -- the size of Baghdad's Green Zone -- with fenced-off protest areas far from the convention itself.

Though this sort of measure is par for the course in contemporary political events -- I remember them being especially controversial and aggressive during the GW Bush years, after the Battle of Seattle -- the normalization of banning protests at the site of political party conventions has led to a steady increase in the separation, with the RNC forming a new peak of control for political segregation.

ACLU Ohio has filed a lawsuit to reduce the extent of the event zone.

To the groups likely to protest the Republicans, that’s not enough. “What the city has done here is draw a gigantic blanket area that covers most of downtown Cleveland,” says Elizabeth Bonham, staff attorney for the American Civil Liberties Union of Ohio, which has filed a lawsuit hoping to reduce the Event Zone’s size and restrictions. “When the government takes the extreme step of limiting speech and assembly in any way, the burden is on them to justify that those restrictions are reasonable,” Bonham says. “Here there are no alternatives.”