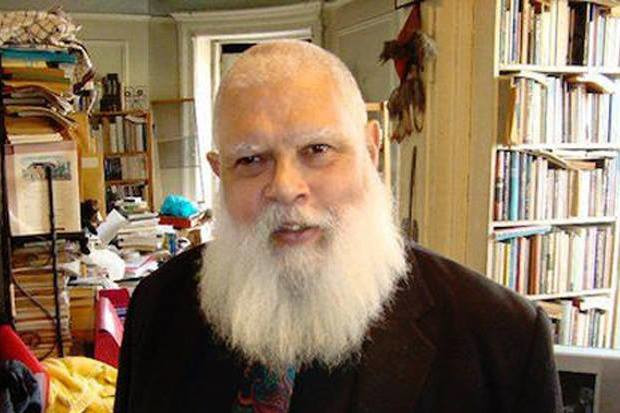 Samuel R Delany is one of the most important figures in science fiction; one of the first prominent black writers in the field; the first out, queer writer; a titan of imagination and a prose stylist without compare.

Delany scholar Kenneth James is editing Delany's journals into a set of published volumes from Wesleyan University press -- a series that will likely run to at least five volumes. He's crowdfunding pre-orders and support for the work as he works on the second of these volumes, "Autumnal City."

$100 gets you either volume one or two, with the excess going to support James's work. Neil Gaiman has already made a substantial contribution.

Samuel R. Delany is one of the most brilliant, stimulating, and uncompromising writers on the contemporary American literary scene. As a gay African-American author who has produced exuberantly innovative work in a variety of genres -- science fiction preeminent among them -- Delany has won the admiration of legions of readers. Over the course of his half-century career, Delany's writing has garnered numerous awards and honors, including four Nebula Awards and two Hugo Awards, a Lambda Literary Award, the Bill Whitehead Memorial Award for a Lifetime Contribution to Lesbian and Gay Literature, and inclusion in the prestigious Norton Anthology of African American Literature.

Currently I am compiling and editing Delany’s personal journals. The journals will be published by Wesleyan University Press in what is projected to be a series of at least five volumes, with each volume covering approximately one decade’s worth of material. I have recently completed the first volume, In Search of Silence; this volume is now in the final stages of production at Wesleyan and is slated to appear at the end of this year. It covers the period from Delany’s teenage years in the late 1950s to the end of the 1960s, during which time Delany established himself as a major figure in what came to be called New Wave science fiction. The second volume, Autumnal City, will present Delany’s journals from the 1970s, during which time he wrote the bulk of what many consider the pivotal work of his career, Dhalgren (1975), as well as Trouble on Triton (1976), the first volume of the Nevèrÿon tetralogy (Tales of Nevèrÿon [1979]), and many works of criticism.