The polyamorous Christian socialist utopia that made silverware for proper Americans 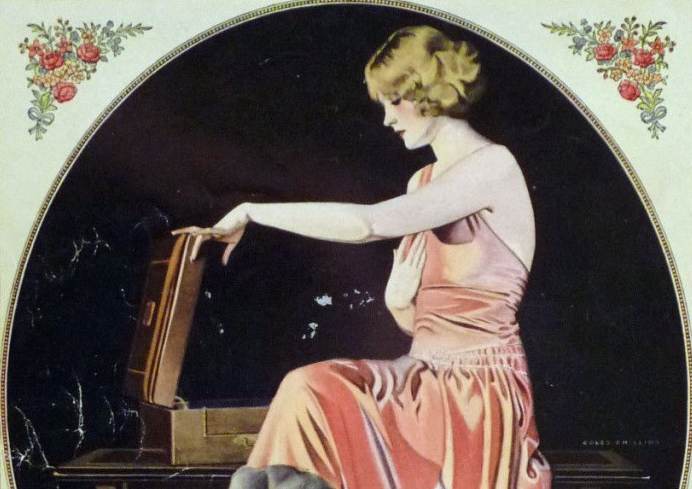 Lisa Hix of has written a lengthy piece for Collectors Weekly on the Oneida Community of the late 19th century, and how it morphed from a group of men and women who "believed the liquid electricity of Jesus Christ’s spirit flowed through words and touch, and that a chain of sexual intercourse would create a spiritual battery so charged with God’s energy that the community would transcend into immortality, creating heaven on earth," to a company that was famous for its flatware.

For her article, Lisa interviewed Ellen Wayland-Smith, a descendant of members of the Oneida commune, and the author of Oneida: From Free Love Utopia to the Well-Set Table, who spoke to Hix about the community's laudable-for-its-time, but ultimately limited, view of equality between the sexes.

“Oneidans never for a minute pretended that women were equal to men,” Wayland-Smith says. “Theologically, they had a pecking order. They would cite Paul and say that a man’s natural place is ahead of the woman. But on the ground, practically, women could do anything that men could do. They thought it was absurd that Victorian women wore long skirts and corsets and had this big pile of hair that prevented them from moving or being physical, which the Community believed contributed to the poor health of traditional housewives. The women of Oneida engaged in the same physical activities as men, and the Community thought that was healthy. Women played sports. They went out and chopped down trees; they cleared swamps.

“Oneida broke down the popular idea that there was a domestic sphere where women excelled and a public sphere where men excelled,” she continues. “The workload occasionally fell into stereotypical divisions. Most of the people who worked in the Children’s House were women, although there were some men taking care of the kids, too. But the men had to do laundry side by side with the women, and the women could work in the trap shop if they wanted. A lot of women were bookkeepers for the Community businesses. One woman wanted to be a dentist and so she took lessons from the Community dentist and became a dental assistant. Within reason, Oneida offered a wide variety of choice in one’s occupations.”