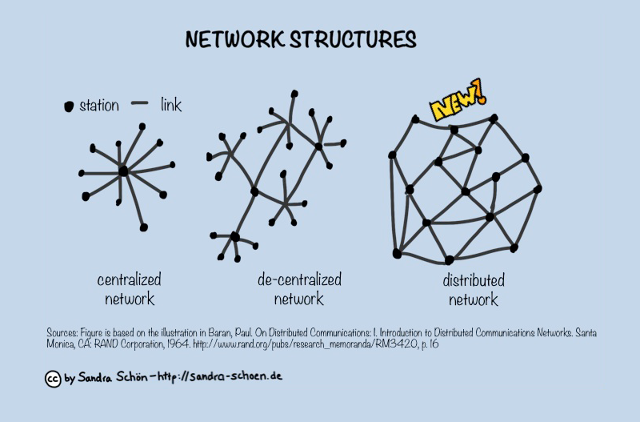 June's Decentralized Web Summit at San Francisco's Internet Archive was a ground-breaking, three-day combination of workshops, lectures, demos and a hackathon, all aimed at figuring out how to restore the decentralized character of the early internet — and keep it that way.

In a long, thoughtful report on the event, Dan Gillmor and Kevin Marks write insightfully about the forces massed on both sides of this movement, and where it might all end up.

When we get technology right, it's a series of incremental advances that make us notice one day that something like a miracle has occurred. To get there now, we should be aware of how all the parts connect—that it's not a miracle, but a collaborative if complex project—and make sure that we're not being fenced in in the process. We've come to love the convenience of the centralized web, but we've failed to recognize how much we now have to ask permission.

All of us, technically minded or not, need to understand the tradeoffs we've been making. Then we need to make decisions. We can accept choke points and lock-in. Or we can look for ways to reclaim control—declining to rely so much on centralized services, and using encryption and the new decentralized tools, such as the already-working IndieWeb, as they become available.