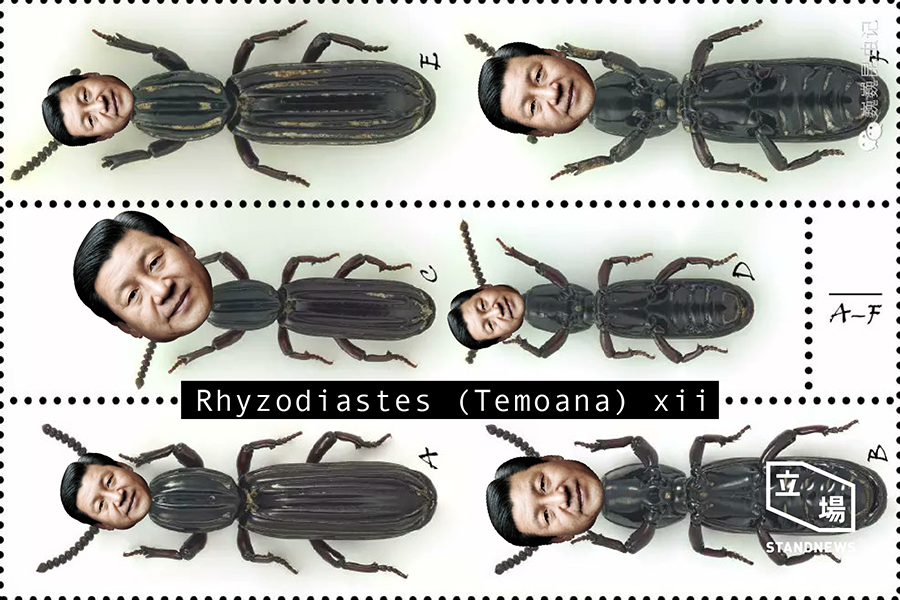 The Rhyzodiastes (Temoana) xii is a newly classified species of beetle, indigenous to China's Hainan Island, whose name is a tribute to Chinese leader Xi Jinping.

But since the beetle lives "underneath rotten trees and eats rotten things" -- symbols of corruption in China and most everywhere else -- Chinese authorities have banned the term from social media, and searches for it on Weibo throw this error: "According to related law and policy, the search result of 'Rhyzodiastes (Temoana) xii' cannot be shown."

The ban has sparked bitter humor, comparisons to Kafka, and many visual memes that superimpose Xi's face on insect bodies.

The sensitive nature of the name is perhaps best captured in a poem titled after Franz Kafka's The Metamorphosis and circulated on social media. It was written by Zhang LIfan, a well-known writer and historian: