Photo of "ghost" at scene of fatal motorcycle wreck 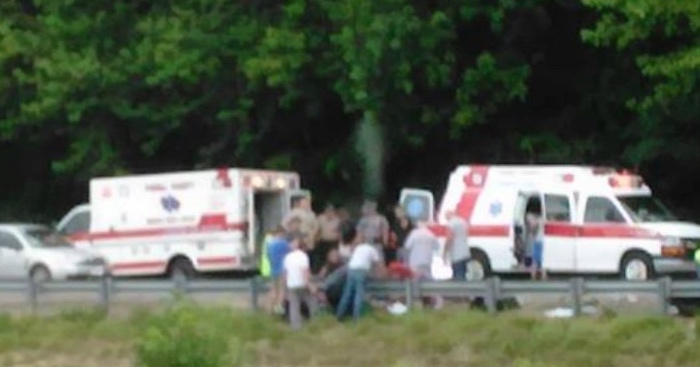 Last week, a motorcyclist tragically died on a highway near Stanton, Kentucky. A fellow nearby, Saul Vazquez, snapped a photo of the scene from his truck and was surprised to see what appears to be an apparition floating above the deceased. Vazquez posted the image on Facebook but when reached by Lex18 news reporters would only say that "the photo has not been altered."