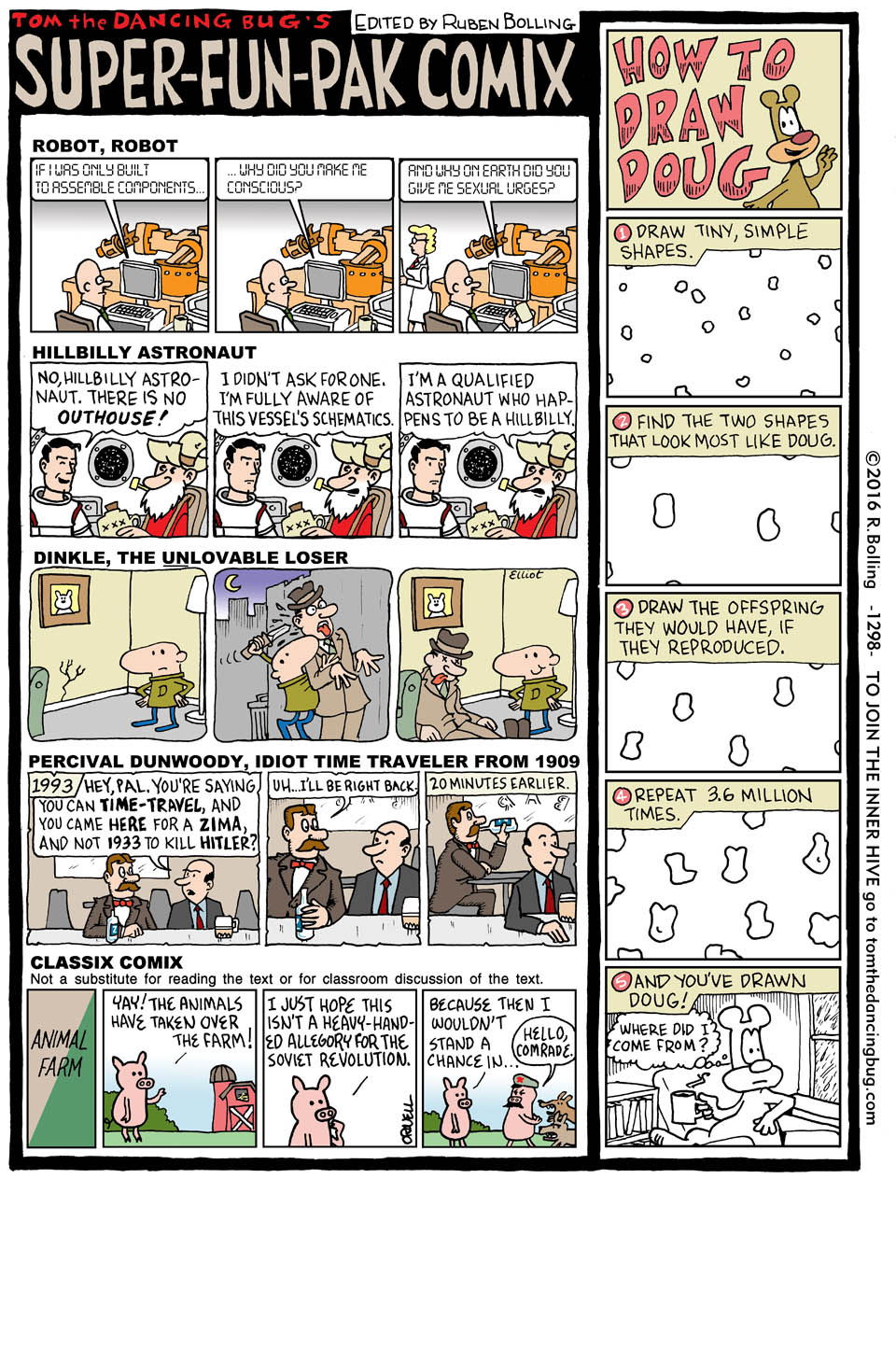 Tom the Dancing Bug, IN WHICH Super-Fun-Pak Comix features Percival Dunwoody, Hillbilly Astronaut, Robot, Robot, and oh so much more! And if you're not careful, you just might learn something.

Please join Tom the Dancing Bug's subscription club, the INNER HIVE, for early access to comics, and oh so much more. (You will not learn anything, regardless of how little care you exercise.)

And DID YOU KNOW that you can buy Ruben Bolling’s new book series for kids, The EMU Club Adventures? You can. Book One here. Book Two here.