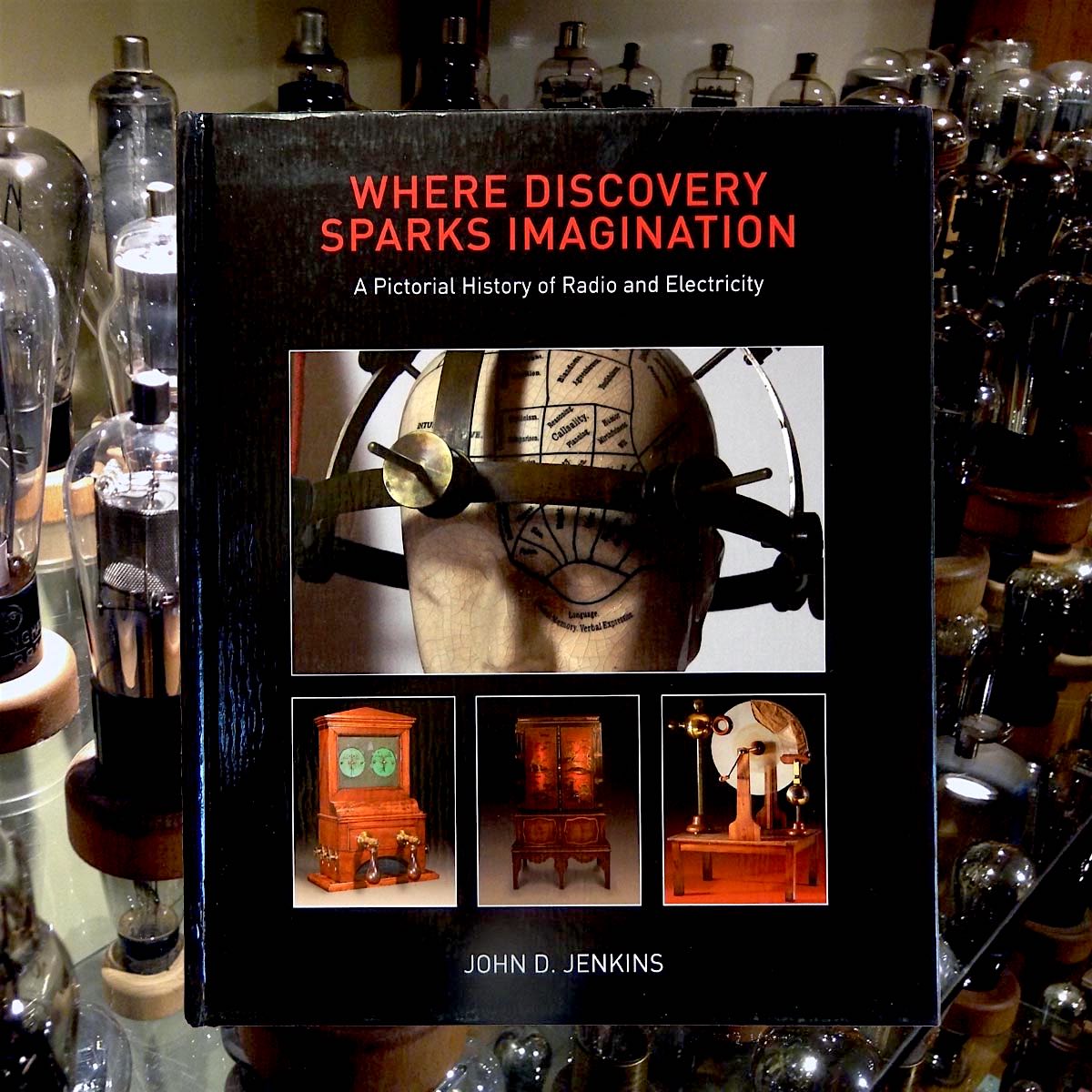 Where Discovery Sparks Imagination: A Pictorial History of Radio and Electricity

American Museum of Radio and Electricity

If you’re ever up near the Canadian border in the little college town of Bellingham, WA make time to check out a gem of a museum there: The SPARK Museum of Electrical Invention. It’s fully charged up and literally crackling with excitement (and a 4-million volt Tesla coil!). SPARK showcases all manner of fascinating artifacts all about the history of electricity from early static electricity generators to advanced vacuum tubes that went to the moon. Can’t make the trip? Then get this wonderful book!

And even if you do go to SPARK in person, you’ll also want to read Where Discovery Sparks Imagination. It features lavish color photographs of hundreds of the items on display together with the interesting stories of the people and places that go along with the things. I learned even more about Alessandro Volta and volts, Andre-Marie Ampere and amps, and Georg Ohm and ohms. See the recreation of the Titanic’s radio room. Learn how an undertaker in Kansas City invented the first dial phone to short circuit his competitor’s switchboard shenanigans. Anyone who has used a phone, listened to a recording, or turned on a lamp will enjoy seeing the primitive but clever inventions that predate today’s smart phones, PCs and LED lights. Fans of steampunkery will geek out at the endless array of 19th-century wonders like Wimhurst generators, telegraphs, “electro-magnetic motive machines,” as well as a forest of vacuum-tube devices, handsome wood-burl radio cabinetry and brassy mechanical sound players.

I was delighted to see included whimsical touches, too, like the mascot characters that put a friendly face on electrical consumer products: sure, they have a “Nipper” (the RCA mascot dog), but also the very cool 1920s Maxfield Parrish designed “Selling Fool” point of purchase display doll (with wooden jointed, posable limbs with slits for holding ad cards – and a radio tube for a helmet!). Until I can go back to SPARK (Science Powered Adventures for Real Kids) in person, I’m digging this book!

LISTEN: ‘Heavyweight Reggae.’ Yep, the name is right, and the channel delivers.

On Oct 7, workers and volunteers at New York City's beloved Pacifica Radio affiliate WBAI received a sudden notice informing they that they were all fired without notice or a board vote, as is required by Pacifica's by-laws; the next day, a court issued an injunction requiring Pacifica to reinstate local programming until a hearing […]