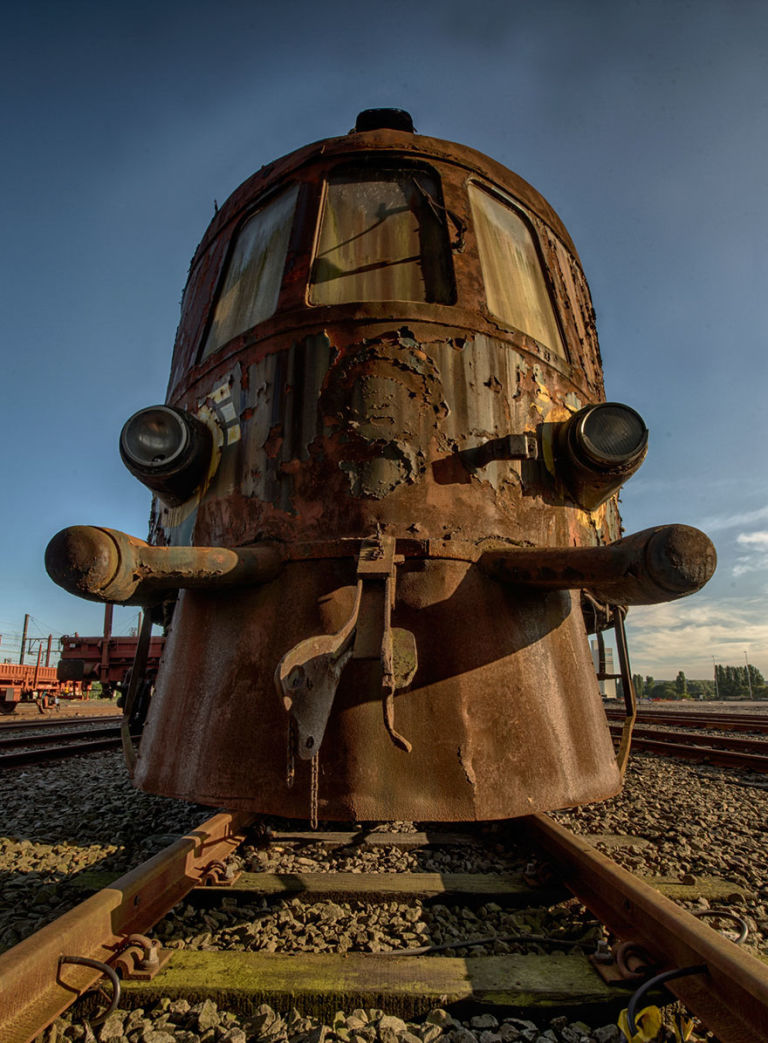 According to Dutch explorer site Urbex, the train is "part of a group of trains stored outdoors by the national railway company from Belgium; the plans were to save them for a railway museum."

Romeijn describes his interest in the genre, which started after a traumatic event in 2008 inspired him to take up photography as a distraction.

The idea of walking around in buildings which were abandoned for various reasons fascinates me. What happened here and why has it been abandoned? What’s the story behind the abandonment and can I find historical facts of these places on the internet? When I step into an abandoned site it feels like stepping into a time machine. I try to feel the emotions of it’s past and that is what I want to show in my pictures. When people are looking at my work and raise a question about the “what, why, when” then I feel I have succeeded.

If that left you wanting more, here are more photos of the train via Urbex.

Romeijn has many more cool images at his site, Precious Decay.