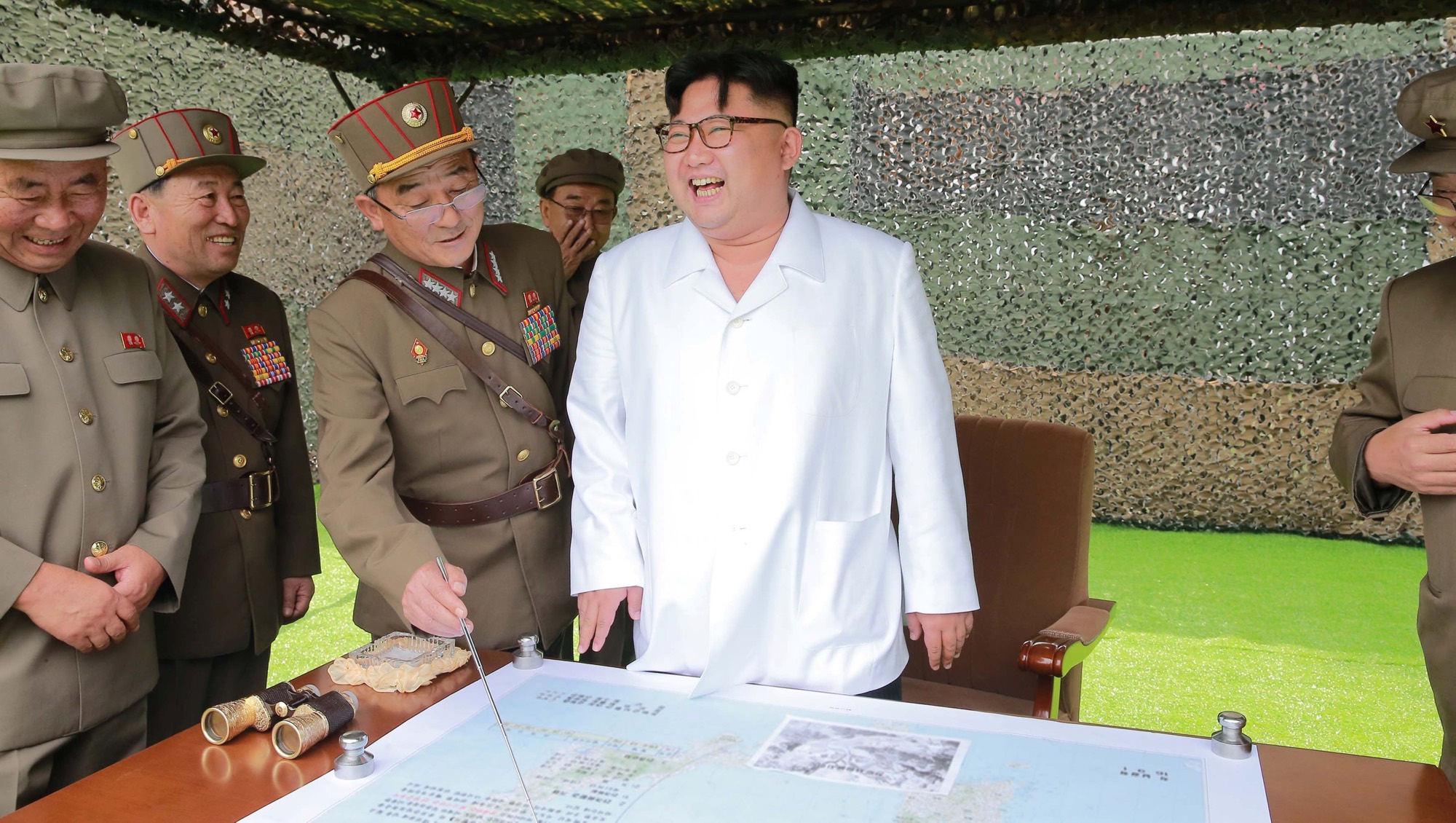 If the “man-made seismic event” reported along the North Korea/China border tonight by the USGS is confirmed to be a new nuclear test, America's next Commander-in-Chief will have complex new Pyongyang problems on their plate.

The U.S. Geological Survey measured the explosion around 930am local time in North Korea as a magnitude 5.3 event, located 19km ENE of Sungjibaegam, North Korea, at a depth of “zero.”

“Possible explosion, located near the location where North Korea has detonated nuclear explosions in the past,” reads the USGS notice.

“If this is indeed an explosion, the USGS National Earthquake Information Center cannot determine what type of explosion it may be, whether nuclear or any other possible type.”

Putin sent Kim a congratulation message for today's holiday, the one North Korea just celebrated with a nuclear test pic.twitter.com/5DHcMOYA9z

But there's little doubt over what the data show, at least not among North Korea watchers.

The North has not confirmed, but as the BBC reports, “previous artificial earthquakes in that area and of that magnitude have all been nuclear tests.”

South Korean officials said that they had detected an “artificial” tremor emanating from North Korea on Friday morning, indicating that the country has conducted its fifth nuclear test despite threats of more sanctions from Washington and the United Nations.

The Korea Meteorological Administration detected the tremor and was analyzing data to see if it was caused by an earthquake or by an underground nuclear detonation, a spokeswoman said.

The spokeswoman said that the tremor appeared to be “artificially caused,” not by an earthquake.

Look at the time of the earthquake in North Korea: at exactly 9am local time (well, one second after) pic.twitter.com/MF6yXtaVoH

North Korea carries out its nuclear tests underground at the Punggye-ri site.

The last time North Korea is known to have tested a nuclear device was in January. South Korean President Park Guen-hye of South Korea warned in April that intelligence sources believed North Korea was preparing another underground nuclear test, in violation of United Nations sanctions.

The China Earthquake Networks Center said the tremor was a suspected explosion.

Japan's top government spokesman also said there was a high possibility the seismic event indicated that North Korea had conducted a nuclear test and that relevant ministries had been instructed to gather information.

Speculation has intensified that North Korea may conduct a fifth nuclear test after the United States blacklisted its leader, Kim Jong Un, on July 6 for human rights abuses.

@annafifield The seismic data is clear. It's a zero depth event at the DPRK test site. That's an explosion unless they royally fouled up.

The good people at @38northNK had warned this nuclear test might be coming https://t.co/FQBE3wfNUn