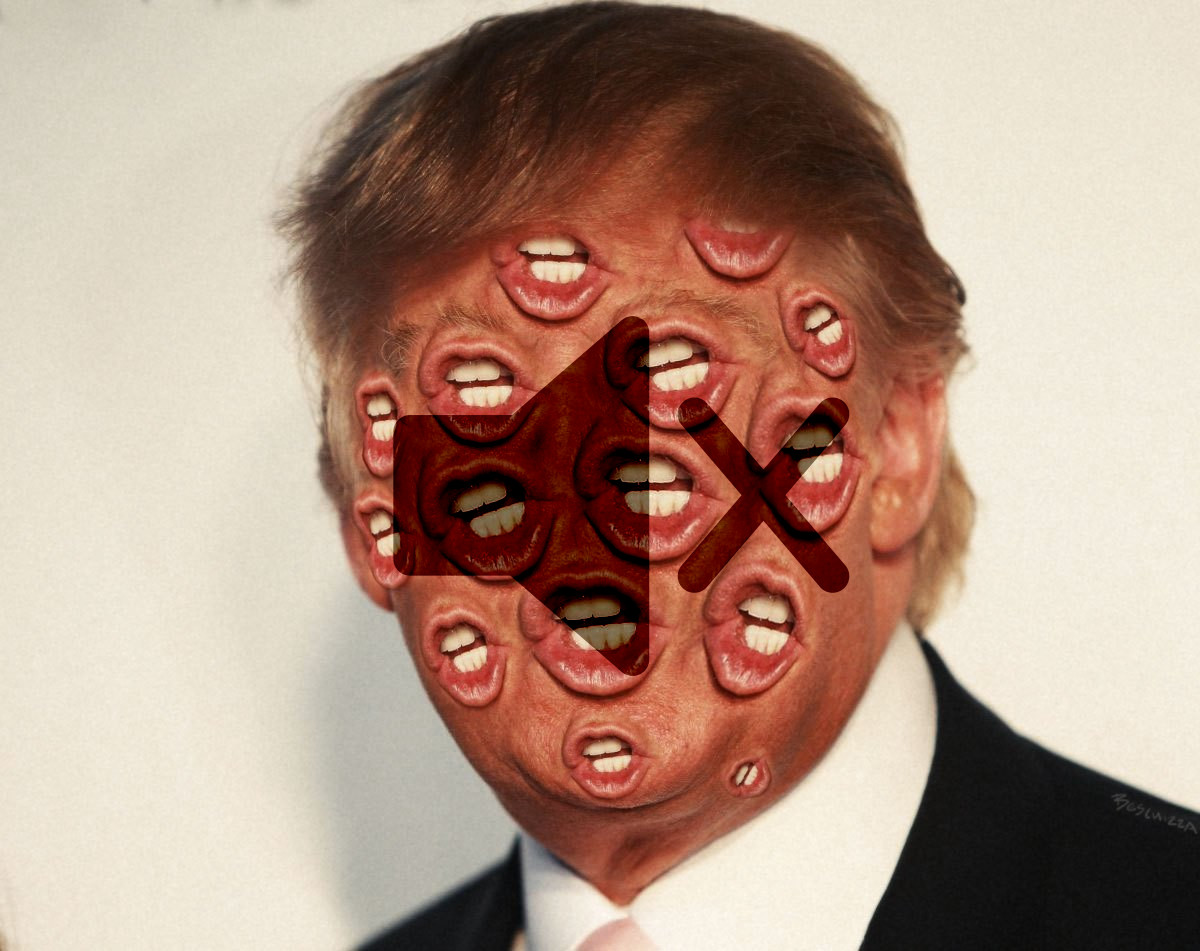 Dan Gillmor writes: "Time for journalists to declare a boycott on bullshit. Start with muting the sound when Trump lies during the debate."

For the debates, I’d propose an experiment for a brave TV news channel or website. Put the entire program on a time delay, say 10 minutes. This would give the news channel time to do the following:

* Have teams of experts on the topics likely to be discussed examine the veracity of candidates’ claims.

* If they determine that a candidate is lying, programmers kill the sound going to viewers’ TVs and other screens. While the line can be difficult to draw, I’d do this only for brazen lies—such as Trump’s easily proved lie that he publicly opposed the Iraq War before it started—not standard policy overpromises.

* During the silences, of which there would no doubt be many, viewers would see the candidate’s lips moving. But there would be an overlay of text saying, “He’s talking about [insert subject] but making false statements; here’s the truth about this subject: ... ” and so on.

* Although the sound would remain on during the can’t-possibly-be-kept promises, another overlay would explain that reality, and why.