Do You Have an Antisocial Personality Disorder? 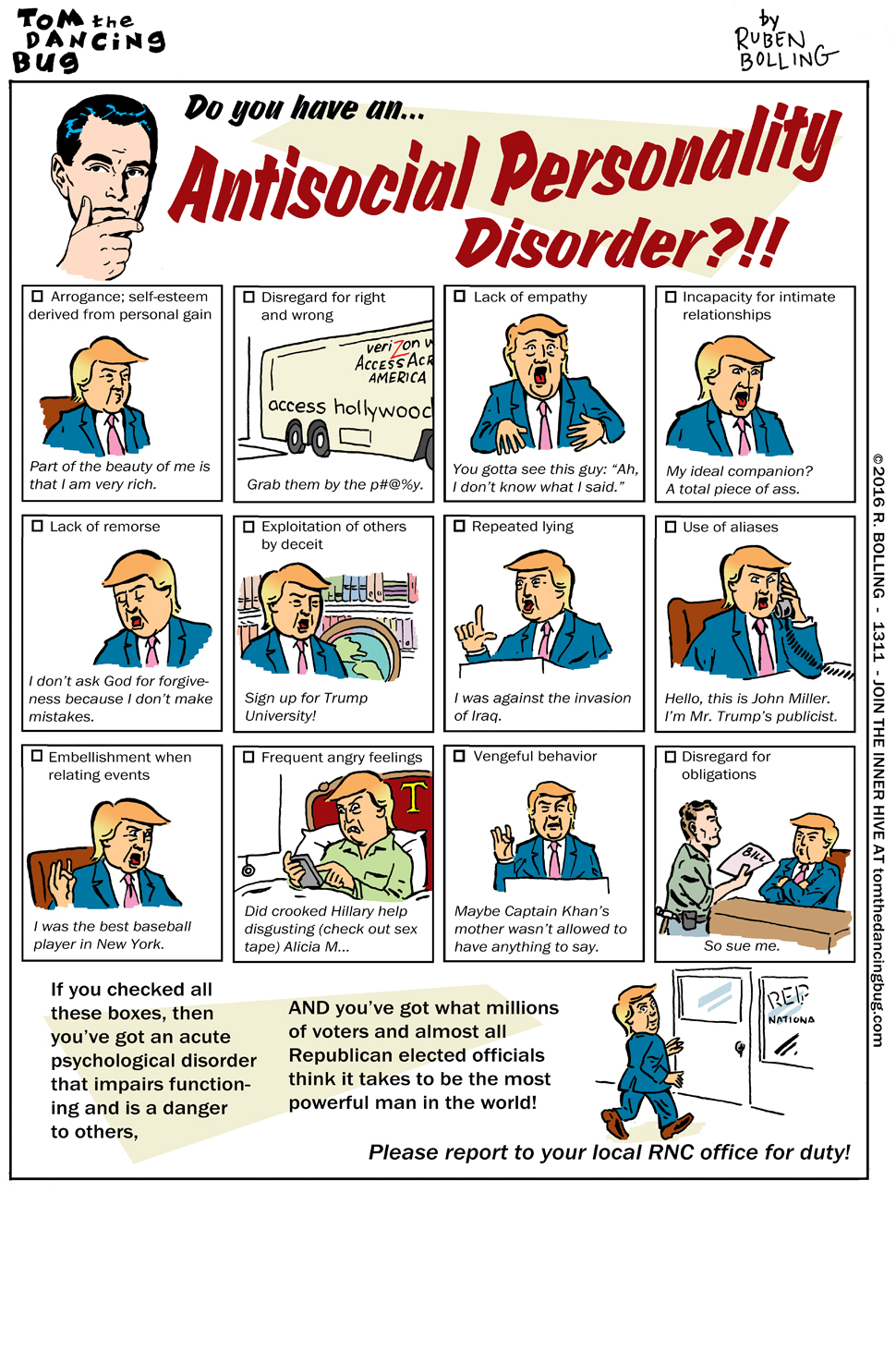 Tom the Dancing Bug, IN WHICH the reader can discover if he/she has the acute psychological disorder that qualifies him/her to be the Republican nominee for President!