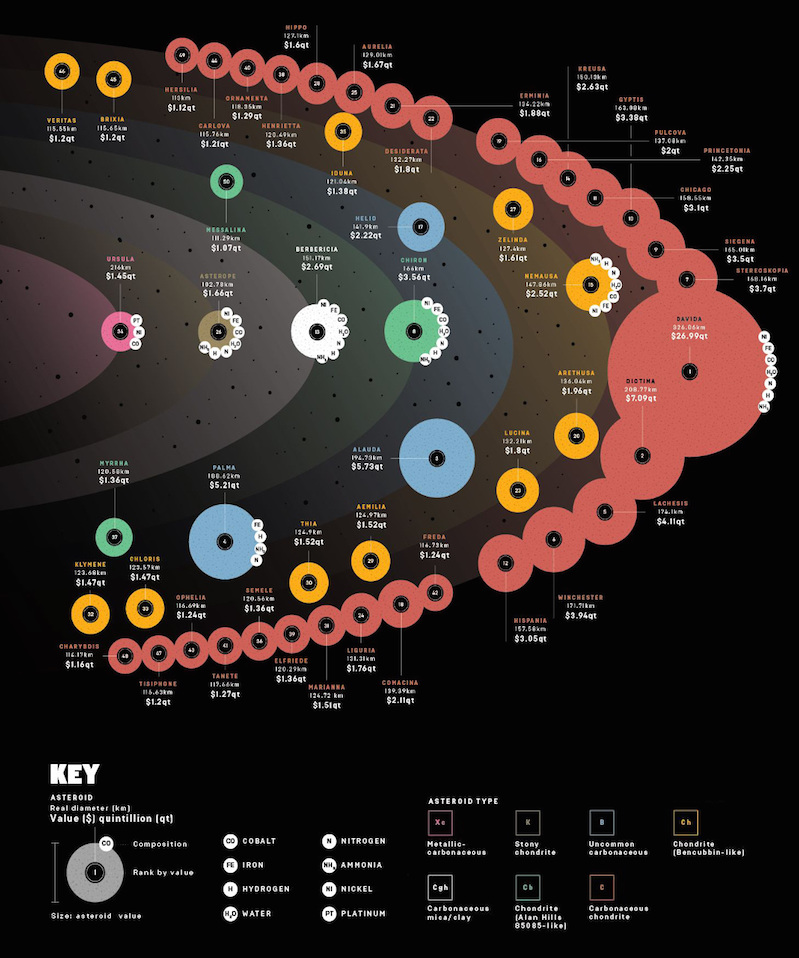 The asteroid belt holds untold wealth for the prospectors who can reach and mine them. Wired UK just published an interesting chart of select asteroids valued between 1 and 27 quintillion dollars each.

Many asteroids are measured in the quintillions of dollars, which makes the market for Earth’s annual production of raw metals – about $660 billion per year – look paltry in comparison. The reality is that the Earth’s crust is saddled with uneconomic materials, while certain types of asteroids are almost pure metal. X-type asteroids, for example, are thought to be the remnants of large asteroids that were pulverized in collisions in which their dense, metallic cores got separated from the mantle. There is one such X-type asteroid near earth that is believed to hold more platinum than ever mined in human history.