Hedgehog art Though the Ages 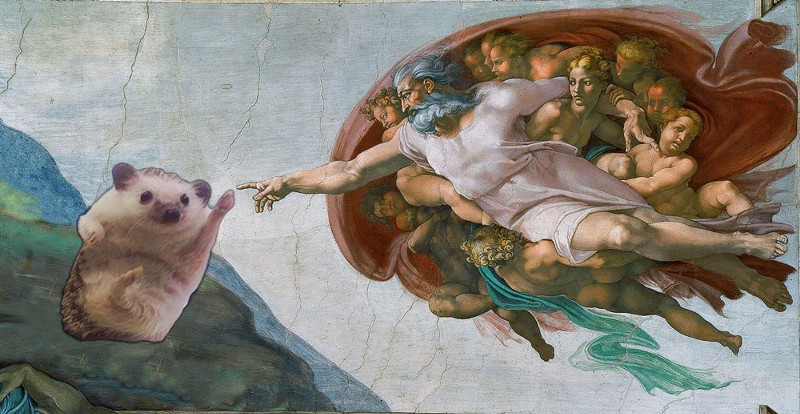 I have a feeling that Hedgehog art Though the Ages might not be entirely legitimate from a classical historiological standpoint; I suspect photoshop may even have been involved. But this is, it seems, an entire book of hedgehog art that doesn't involve the blue one, which makes it unique in the annals of modern hedgehog-related ekphrasis.

Hedgehog Art Though the Ages is a humorous and lovely book. This amusing work of fictional art history features various inspiring works of art with hedgehogs as the key theme. The book includes over forty amazing, adorable, and delightful works from the Renaissance, Baroque, Neoclassical, Romantic and Modern periods, as well as sections on Americana and Japanese art.

Let me tell you, this has been tearing up Hedgehog internet.