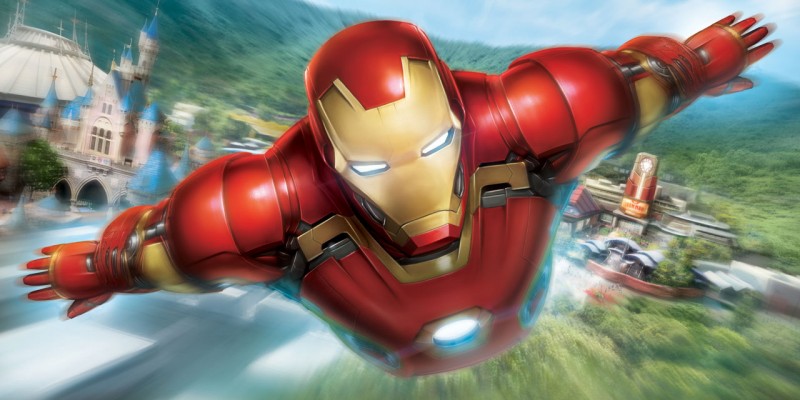 The first Marvel-themed ride to open at any Disney park in the world will launch in January 2017 at Hong Kong Disneyland. There are expected to be soft openings for hotel guests in December.

Created specifically for Chinese audiences, the entire “Iron Man Experience” takes place as Iron Man fights assorted baddies in the skies above Hong Kong. There is also expected to be a display of the various iterations of Iron Man’s outfits (which first appeared at Anaheim’s Disneyland several years ago).

For those folks who’ve been on the upgraded version of Star Tours at most Disney Parks within the past few years, the ride system appears to be the same. But it’s Iron Man … woo-hoo! Don’t expect to see this anywhere but at Hong Kong Disneyland for about 5 years. My guess is that it will eventually replace Star Tours in Tomorrowland at Disneyland in California.

Having 50% of the universe’s population turned into ash by a lunatic seems to have brought everyone in the Marvel Cinematic Universe down. That said, after the emotional thrashing that Marvel fans took from watching Avengers: Infinity War, anything will likely feel light and airy.

Would you like your skin to look youthful, even though you’re pushing 100? A Captain America skincare face mask may be just the ticket. Part of Isshin Do’s official Marvel-licensed beauty line.