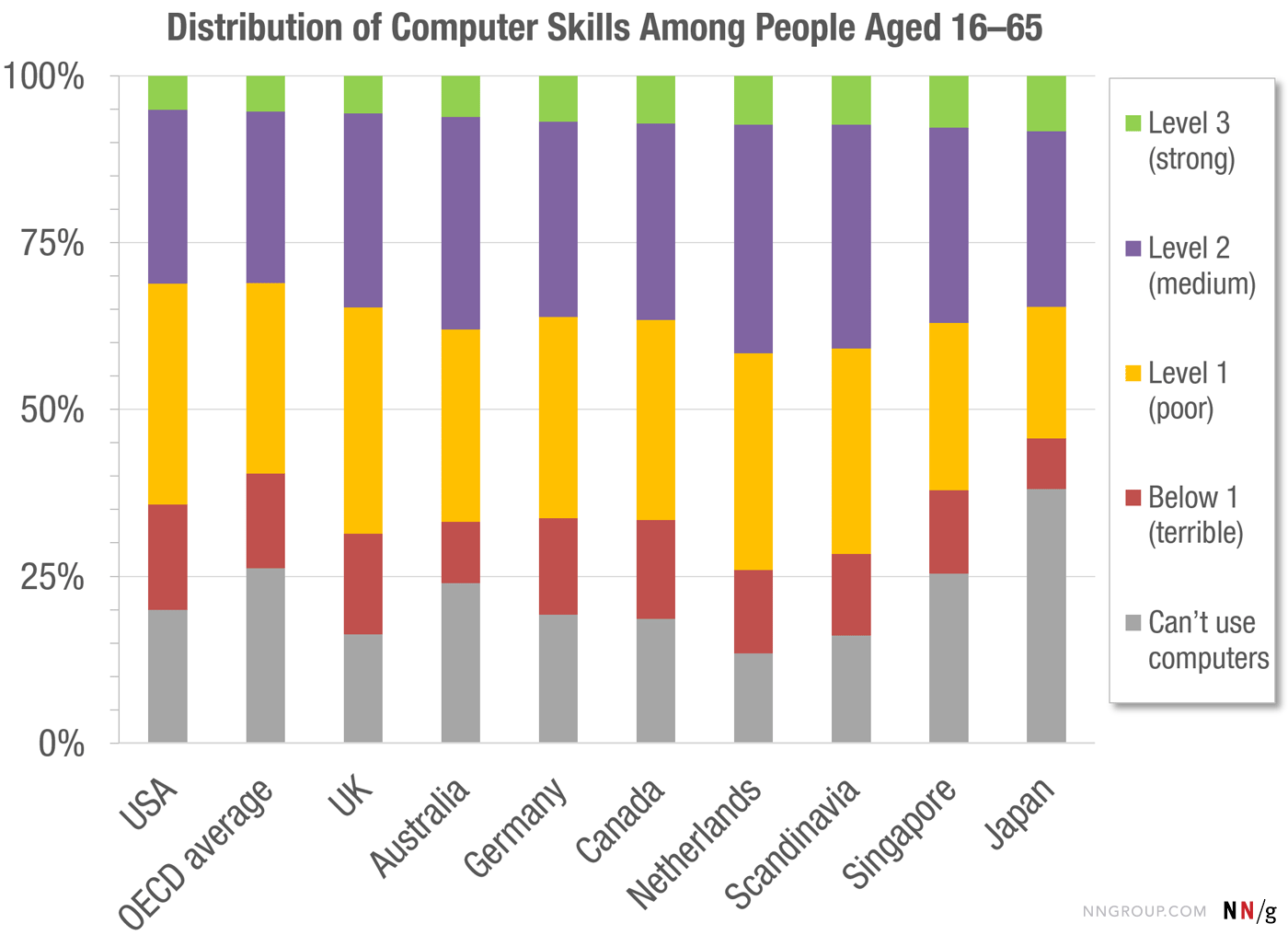 The OECD's 2011-2015, 33 country, 215,942-person study of computer skills paints a deceptively grim picture of the average level of computer proficiency around the world -- deceptive because it excludes over-65s, who research shows to be, on average, less proficient than the 16-65 cohort sampled.

95% of the US population, 93% of Europeans and 92% of Asians can't do "level three" tasks like "You want to know what percentage of the emails sent by John Smith last month were about sustainability" -- tasks where "use of tools (e.g. a sort function) is required to make progress towards the solution. The task may involve multiple steps and operators. The goal of the problem may have to be defined by the respondent, and the criteria to be met may or may not be explicit."

Jakob Nielsen's commentary on this makes the point that much of the most basic skills required to work in the tech industry are well beyond the grasp of nearly everyone who will use the products those technologists are designing.

What Most Users Can Do

If you want to target a broad consumer audience, it’s safest to assume that users’ skills are those specified for level 1. (But, remember that 14% of adults have even poorer skills, even disregarding the many who can’t use a computer at all.)

To recap, level 1 skills are:

*
Few steps and a minimal number of operators

*
Few monitoring demands (e.g., having to check one’s progress toward the goal)

*
No need to contrast or integrate information

Anything more complicated, and your design can only be used by people with skills at level 2 or 3, meaning that you’re down to serving 31% of the population in the United States, 35% in Japan and the UK, 37% in Canada and Singapore, and 38% in Northern Europe and Australia. Again, the international variations don’t matter much relative to the big-picture conclusion: keep it extremely simple, or two thirds of the population can’t use your design.

The Distribution of Users’ Computer Skills: Worse Than You Think [Jakob Nielsen/NN Group]