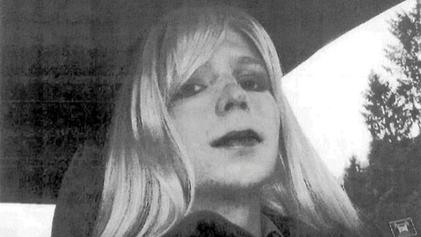 Evan from Fight for the Future sez, "Chelsea Manning has already spent more time behind bars than any other whistleblower in U.S. history. She's been systematically mistreated, subjected to torture, and denied access to desperately needed health care while serving a 35 year sentence in an all-male military prison."

"And if we don't do something right now, Chelsea's life is literally in danger. KT Mcfarland, Trump's pick for Deputy National Security Advisor, has repeatedly called for Chelsea to be executed. Her situation is about to go from bad to worse. There are just days left to sign this petition calling for President Obama to commute Chelsea's sentence to time served before he leaves office. Please sign and spread the word. Chelsea risked everything to do what she thought was right. Now she needs our help. Please do your part."

Since New Year's Day, @hindsightfiles has been tweeting a steady stream of links to leaked Cambridge Analytica documents revealing the company's work on election manipulation for candidates around the world, including Malaysia, Kenya and Brazil -- 100,000+ documents relating to 68 countries, which @hindsightfiles has pledged to release in the coming months.

John Barnett had a three-decade career as a Boeing quality manager, but after he was transferred to the Charleston, SC production facility for the Boeing 787 "Dreamliner," he became a whistleblower -- now he's been forced out of the company and is waiting for various federal agencies to rule on the complaints he brought against […]