The Art of Play for the Holidays 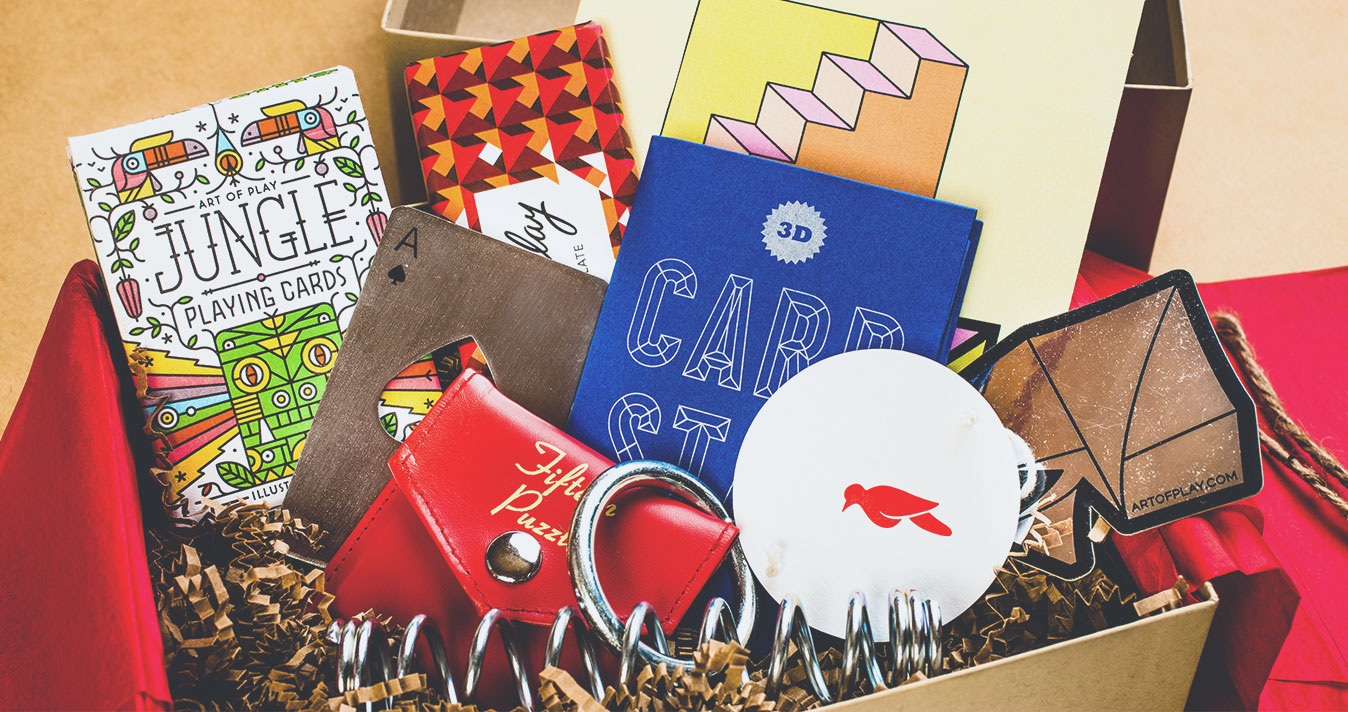 Let's take the path less traveled for some holiday gift giving. Two brothers well known in the world of magic and

, Dan and Dave Buck, have a number of enterprises going, including a website called

. While its nucleus is the sale of unique decks of playing cards, the site has expanded greatly under the guidance of Adam Rubin, the "Director of Puzzles and Games."

We travel the world in search of objects designed to dazzle the eyes and fascinate the mind. From luxurious playing cards to ingenious puzzles and stimulating amusements—each beautiful item in our collection holds a whisper of mystery, brimming with potential for surprise and delight.

Whatever you celebrate this December, we're honoring you and the ones you love with our 25 Days of Christmas extravaganza. Every day through December 25th we will offer either a free gift or an exclusive item, such as a rare deck of playing cards. Offers are limited to one day only. To take part, just be sure you're subscribed to our newsletter.

I'm personally not much interested in fancy decks of cards—I do my card tricks the old-fashioned way, using Bicycle Rider back cards from the U.S. Playing Card Company. But if, for example, you're a fan of Neil Patrick Harris (who also does magic in addition to being able to sing, dance, act, emcee, etc. and so on) then you might find this special deck interesting.

Neil Patrick Harris Playing Cards are elegant, intricate, and visually stunning. Every aspect was handcrafted with relentless, unrivaled attention to detail. With a combination of artistic influences, NPH Playing Cards are a tribute to Neil's love of mystery, magic, games, and theater. The cards feature a custom Ace of Spades, Joker, box design, and modified court card typography. Even the inside of the box has a custom, elegant gold foil pattern. Printed by the U.S. Playing Card Co.

My favorite part of the site, and where I've spent my money, is the section on

Here you will find items from the modest to the lavish, and several of these have a chance of ending up on my shelves. These folks really know how to make their products sound interesting:

Behold the magnificent twelve card star, a stellar explosion of geometry in three dimensions. Created by Professor George W. Hart, co-founder of the Museum of Mathematics in New York City. Once assembled, the dozen pre-cut playing cards included will lock together to create a 5.5" tall starburst. A thought provoking sculpture to display on your coffee table or hang from your ceiling.

Explore the geometry of earth with this handheld magnetic folding globe. Inspired by the work of famed architect, Buckminster Fuller, the Dymaxion globe is accurate even when unfolded and laid flat on the table. Designed by Brendan Ravenhill for Areaware.

Create your own moving pictures with this simple animation kit. The zoetrope first gained popularity in the 1860s yet this optical illusion is no less fascinating today. Illustrated strips magically come to life when viewed inside the spinning drum. Six sets of images are included but you can also follow the patterns to design some animations of your own.

Rediscover the magic of animation with this vintage optical toy. Invented by Charles Reynaud in 1877, the praxinoscope utilizes a rotating drum and a series of mirrors to create brilliant moving pictures. This mesmerizing instrument is constructed from copper and wood. 8 illustrated paper strips are included to create a variety different animations. Measures 8" wide by 11" tall.

This box is full of potential epiphanies—puzzles, illusions, and amusements designed to reward the curious mind. Some may not reveal their true beauty easily but that's the nature of any satisfying mystery. If you delight in the surprise of these rare novelties, remember—the best thing to do with curiosity is to share it. Limited Edition of 200.

They make a good pitch for their products, don't they? Even if you don't want to purchase anything, the site has a

of entertaining entries with articles on optical illusions, puzzles, and magic tricks.

So that's where I'm doing some of my holiday shopping. I really really want that Praxinoscope! Hint, hint … I hope my wife is reading this. Helloooooooo?