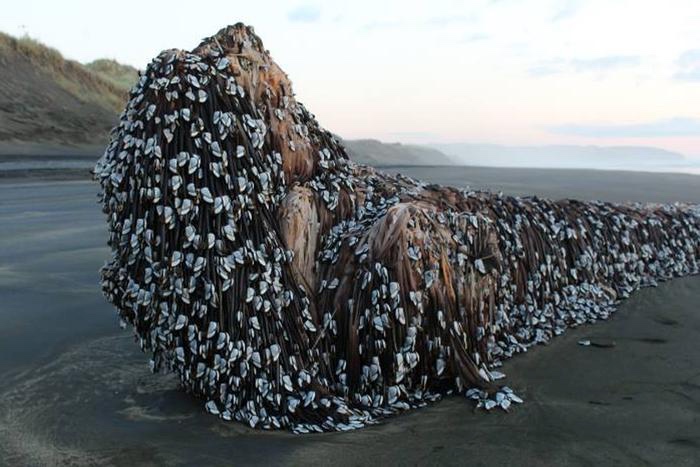 Behold the Muriwai Monster, a horrifying beast that washed up last weekend on Muriwai Beach in Auckland, New Zealand. It's thought that the 7.8 magnitude earthquake that hit New Zealand’s South Island, raising the sea bed by two meters, spurred this evil behemoth to surface.