Rogue One: an "engineering ethics" case-study disguised as a Star Wars movie [SPOILERS] 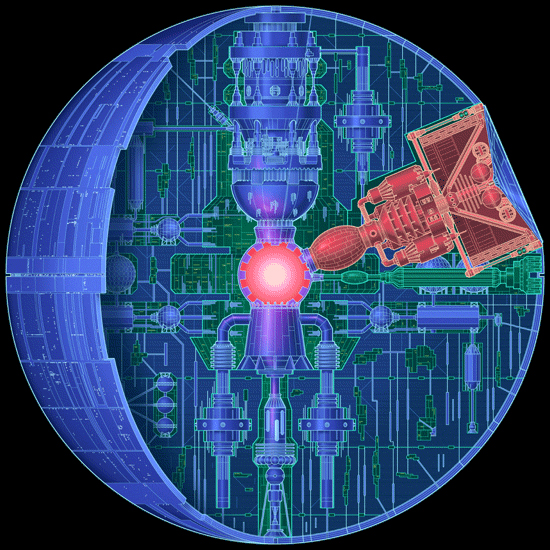 In a society buffeted by technological change, the discipline of "engineering ethics" raises some of our most significant and difficult-to-answer questions: from last year's Moral Character of Cryptographic Work to the Neveragain.tech pledge not to enable trumpism's ethnic cleansing mission (a pledge in the tradition of the 1943 firebombing of the Amsterdam Municipal Register to keep it out of Nazi hands) to the war on general purpose computing, with its many tendrils, from 3D printed guns to creation of legal weapons at standards bodies -- and because science fiction reflects present-day social questions, we've now got a Star Wars movie that's all about "engineering ethics" (spoilers after the jump).

The Sci Fi Policy blog looks at Rogue One through the lens of engineering ethics, in which it becomes a story of a refusenik who will not work on a weapon being coerced into doing so anyway -- shades of the Iranian nuclear scientists -- and then deliberately introducing a vulnerability into this system -- see Ken Thompson's seminal On Trusting Trust -- and then slipping the data out by means of a whistblower (Snowden, Manning, etc).

The case-study posits that the Force and the Dark Side are roughly balanced (Yoda can't beat the Emperor), but that technology gives the edge to the Empire, so engineering questions -- not Jedi religious squabbles -- are the real meat of Star Wars realpolitik. The Dark Side is hobbled by the "Rule of Two" in which there is only one Sith Lord and one apprentice, because evil can't trust itself, and with more Sith, they'd all be killing each other; the Death Star allows a Sith to scale up his rule without having to trust more Sith.

While Galen’s change to the Death Star is an extreme case, akin to modifying a nuclear weapon design, engineers make many decisions that affect our everyday lives. Engineering and technology can critically define how people live and who has power. Philosopher of technology Langdon Winner’s article “Do Artifacts Have Politics?” argues that technology changes the world around them, creating policies and politics that result from the inherent (at times destructive) characteristics of the technology. Yet, it is not only the technology of advanced weapons that can shape our world. Social media and increased computer devices are affecting how humans think and how we act in a democratic society. An engineer must consider not only the function of a new system, but how it will be used and the possible unintended consequences, just as Galen Orso did when designing the Death Star.

A complementary point to Winner is to think through how we have to labor to maintain existing systems. Historians Andy Russell and Lee Vinsel have started a social movement called The Maintainers, which tries to call attention to the neglected role of maintenance in society. While the Star Wars universe has a lot of ships and cities that look like they’re in a state of dystopic disrepair, there are also many who scavenge (such as Rey) and make the most out of existing systems.. A robust discussion of engineering ethics should consider how we treat the people and technological systems that maintain the broader society.