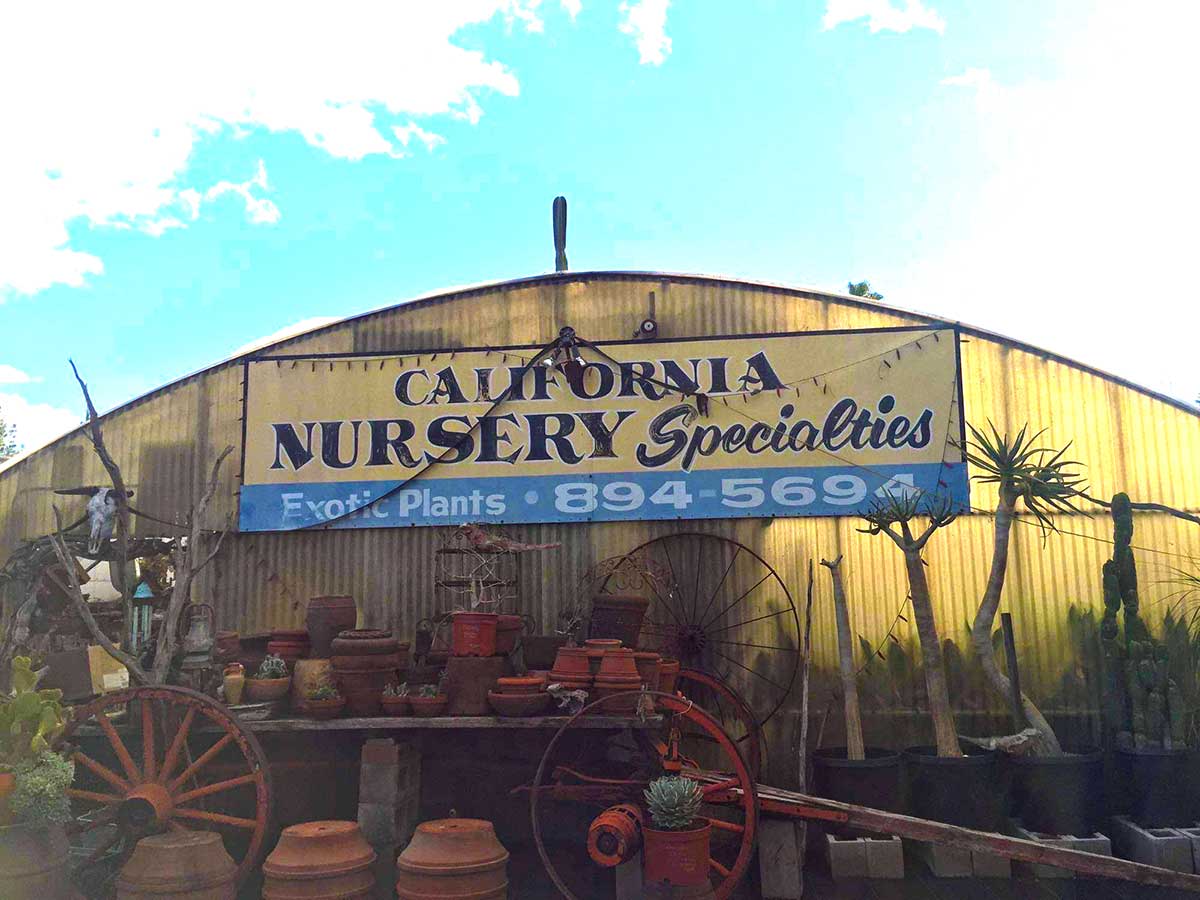 I'm often asked why I like living in Los Angeles. I tell them it's because LA has a never-ending supply of hidden pockets of wonder. On Saturday I accidentally discovered a wonder-pocket in Reseda, a neighborhood in the San Fernando Valley. It's called California Nursery Specialties. It's 1.5 acres of greenhouses filled with 100,000 cacti and other succulent plants. Ranging in size from the tip of my pinky to over 20 feet, the bizarrely shaped and colored plants look like they came from another planet.

The owner, David Bernstein, told me that he started his business forty years ago doing a high school project on desert plants. He sells his plants to other nurseries but opens his doors to the public on weekends. As I spent an hour walking from greenhouse to greenhouse, marveling at the diversity of plants, I experienced a growing sense of awe and joy for life. This is a special place. I didn't get to see everything (I was picking up an order of 30 Christmas tamales from a woman who sells them out of her house a mile away) but I plan to go back with Carla and my daughters. (It is very easy to get poked by cacti, so I don't recommend bringing toddlers or dogs.) I bought a few tiny cacti and I'm going to 3D print some containers for them.

"This is one of the last vestiges of the San Fernando Valley's agricultural roots," Dave said as I snapped his photo.

The Reseda facility is located at 19420 Saticoy, Reseda, CA 91335, 2 ½ miles north of Hwy 101. Exit Tampa, north to Saticoy, west on Saticoy 1 ¼ blocks. Street parking is available along the front of the gardens.