"Following the Word of God-Man," a God-Man Story 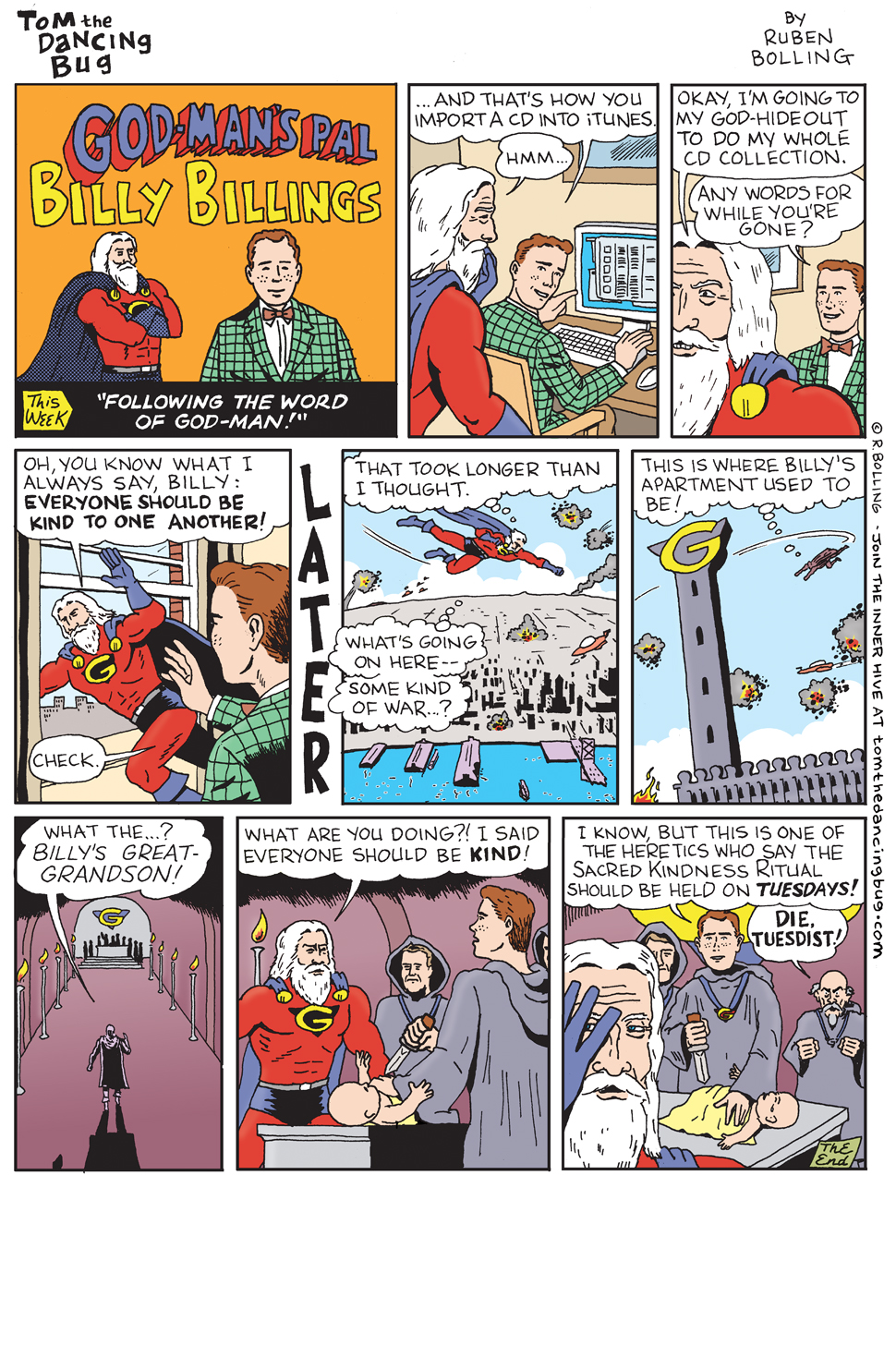 Tom the Dancing Bug, IN WHICH God-Man leaves his pal Billy Billings with some parting words.