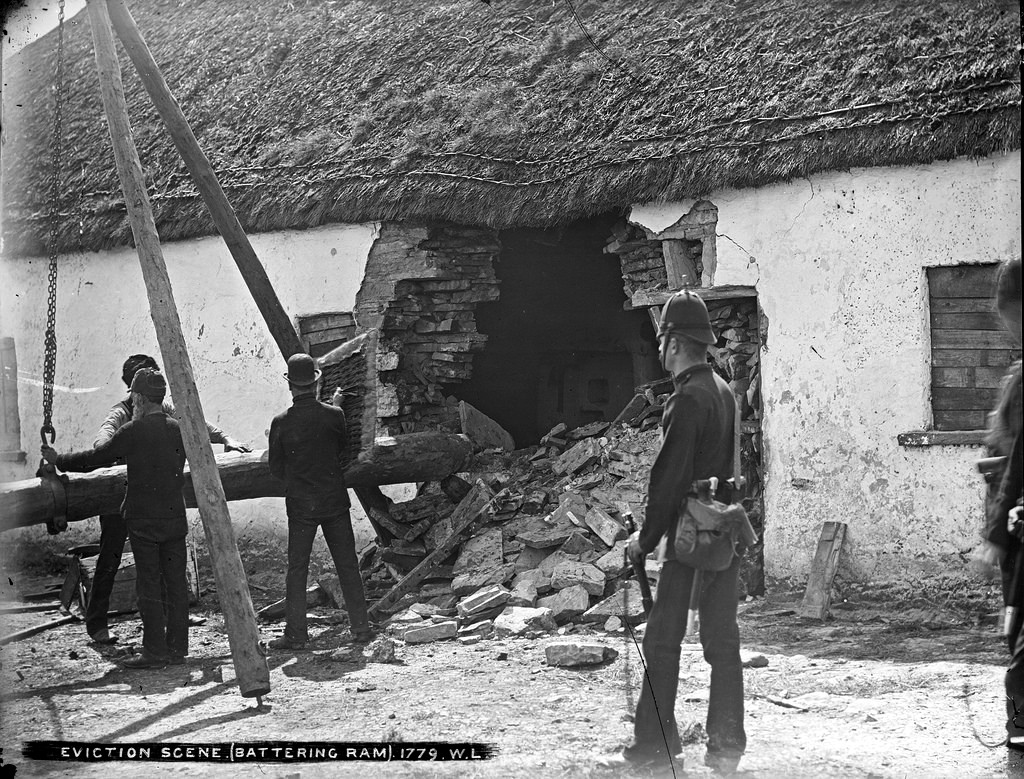 The housing recovery has been famously uneven, in every way: for one thing, it's allowed hedge-fund and publicly listed landlords to acquire a greater proportion of America's housing stock than ever, even as mass foreclosures created a new class of desperate tenants who pay rent to these corporate giants, who charge higher rents than ever.

But it's not just higher rents that distinguish corporate landlords from the mom-n-pop rentiers of yesteryear: it's also the propensity to evict tenants.

The mass evictions are helped along by increasingly streamlined eviction processes, and the phenomena are related. When a small number of landlords capture a large proportion of rents, they are left with surplus capital they can use to lobby to dismantle tenant protections.

Making life harder on tenants also makes property values go up; it's like the coach/business dichotomy in aviation: the worse coach gets, the more travellers will do to get themselves into business class, from making demands on their corporate travel departments to signing up for expensive airline-issued financial products that deliver upgrades as perks.

The worse life is for tenants, the more debt people will go into to become homeowners, and the more people borrow to buy houses, the higher house-prices climb. (See also: university tuitions climbing as employment prospects for uncredentialed workers decline and credit gets easier and defaulting on student debt gets harder).

Also: the people most likely to be evicted are brown.

Now, the Atlanta Fed’s own research suggests that the eviction practices of big landlords may also be destabilizing. An eviction notice can ruin a family’s credit and make it more difficult to rent elsewhere or qualify for public assistance.

In Atlanta, evictions are much easier on landlords. They are cheap: about $85 in court fees and another $20 to have the tenant ejected, according to Michael Lucas, a co-author of the report and deputy director of the Atlanta Volunteer Lawyers Foundation. With few of the tenant protections of places like New York, a family can find itself homeless in less than a month.

In interviews and court filings, renters and housing advocates said that some investment firms are impersonal and unresponsive, slow to make necessary repairs and quick to evict tenants who withhold rent because of complaints about maintenance. The researchers said some landlords use an eviction notice as a “routine rent-collection strategy.”

Aaron Kuney, HavenBrook’s former executive director of acquisitions, said the companies would rather keep their existing tenants as long as possible to avoid turnover costs.

But “they want to get them out quickly if they can’t pay,” said Kuney, now chief executive officer of Piedmont Asset Management, a private equity landlord in
Atlanta. “Finding people these days to rent your homes is not a problem.”