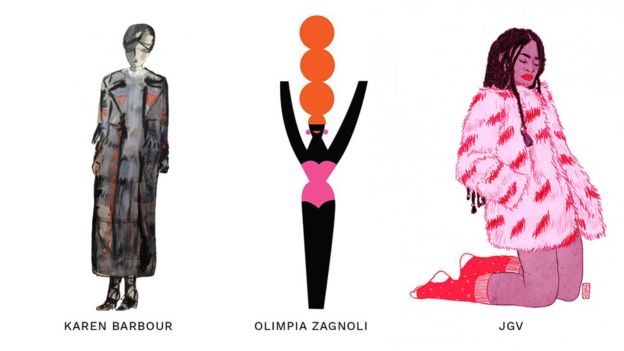 Women Who Draw is a directory of illustrators interested in accepting work. You can filter by location and minority status. It's well-designed, too, displaying a straightforward example of each artist's style in a lazyloading grid layout.

The BBC's Vicky Baker reports on an enduring problem: why do certain high-paying gigs in illustration get consistently assigned to men, when so many top-flight illustrators are women?

Ms MacNaughton and Ms Rothman, who are both successful illustrators, said they were motivated to create the project after noticing certain publications were dominated by male artists.

"We counted a certain magazine that often has illustrated covers, and noticed that in the past 55 covers, only four were by women," said Ms Rothman.
Something seemed to be amiss, considering that the arts field within education is often dominated by women.

In the UK, data from higher-education admissions service Ucas shows that in 2016 the number of women enrolled in design studies courses (including illustration) was more than double the number of men.