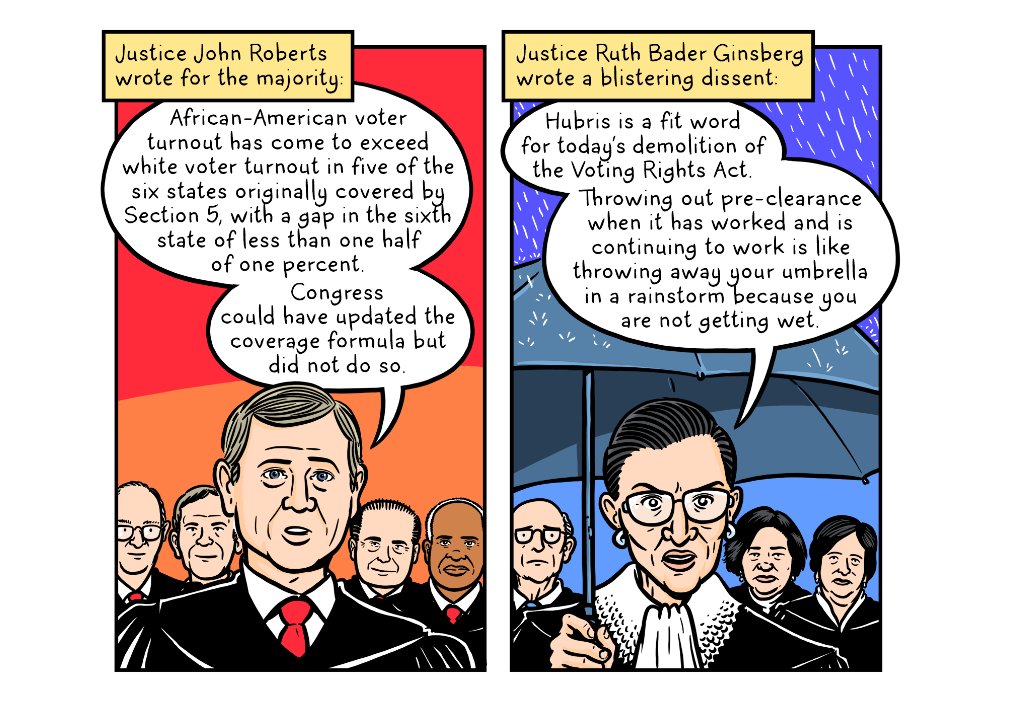 On The Nib, Andy Warner posts a quick primer on the Voting Rights Act, which was weakened in a 2013 Supreme Court case that struck down the requirement for districts with a history of racist voter suppression to get federal oversight for changes to their voting procedures; of note is the section on Jeff Sessions, whose Attorney General confirmation hearing is underway right now. (Thanks, Fipi Lele!)