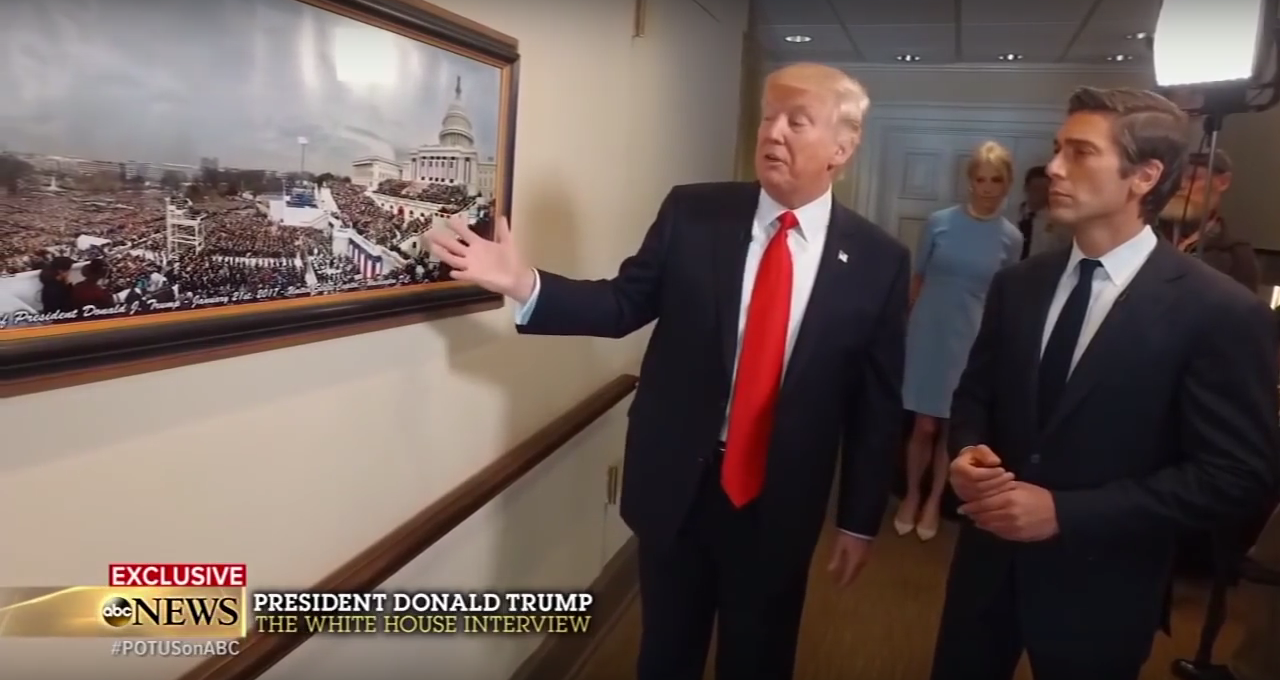 BuzzFeed reporter Jesse McLaren took this already insane video—in which Donald Trump obsessively discusses the crowd size at his inauguration during an ABC special—and turned it up to 11: