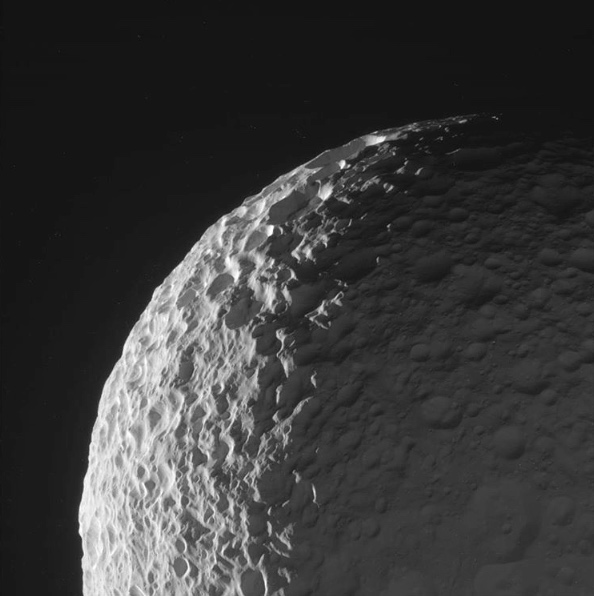 You may recall, that another photo (below) of Mimas raised concerns that it isn't actually a moon but rather the Death Star.