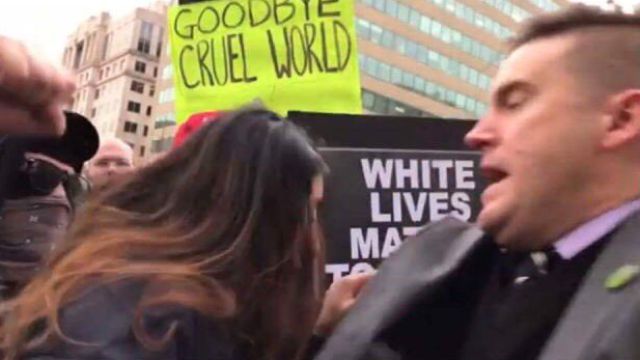 He attracted attention to himself after walking out during a deranged speech from American Conservative Union director Dan Schneider, who, desperate to distance the movement from Spencer's ilk, had described the Alt Right as a "left-wing" group.