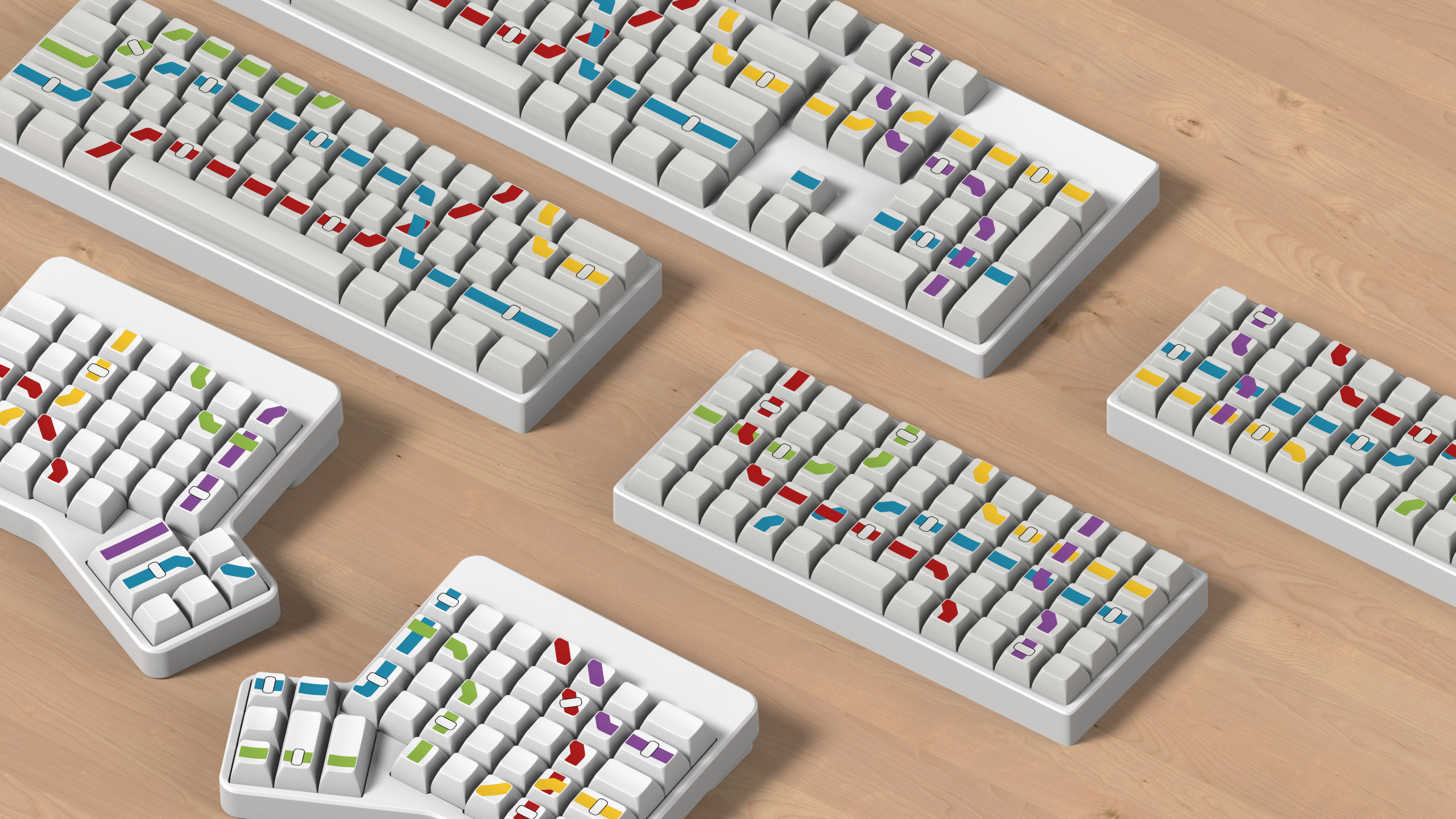 SA Metro is a set of keys for mechanical keyboards that form colored subway lines in the classic style of the London Underground map. Three editions are planned, covering staggered, gridded and ergonomic keyboard layouts; to be absolutely clear, it lacks standard legends. If it gets enough votes at Massdrop, it will be manufactured by Signature Plastics.