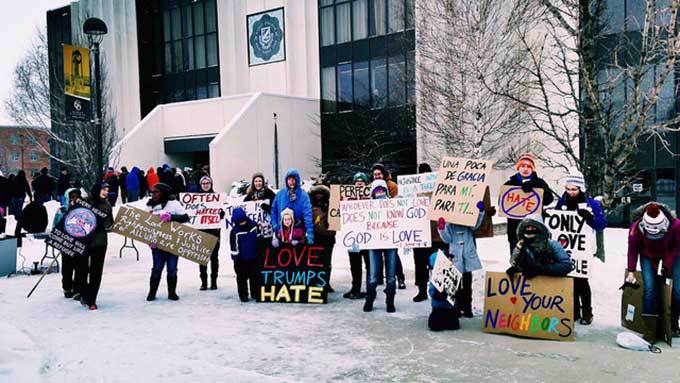 SB 1142 is a bill introduced last week in the Arizona Senate that would allow the cops to charge participants in demonstrations with racketeering -- and confiscate their assets, including their homes -- if they attended a protest that turned violent, even if they did nothing violent and were not involved in planning any violence.

Arizona House Speaker J.D. Mesnard has stated that the bill will not be given a debate in the House, effectively killing it.

He garnered support from state Senate Republicans, all of whom voted in favor of the bill, as well as law enforcement. Levi Bolton, the executive director of the Arizona Police Association, and Ken Crane, president of the Phoenix Law Enforcement Association, are both listed as supporters of the bill.

As New Times' Ray Stern pointed out last week, SB 1142 would have held protest organizers liable for any damage that occurred if a protest got violent — even if that damage was the work of an opposing group.