"Future Internment Camp" signs pop up across the country 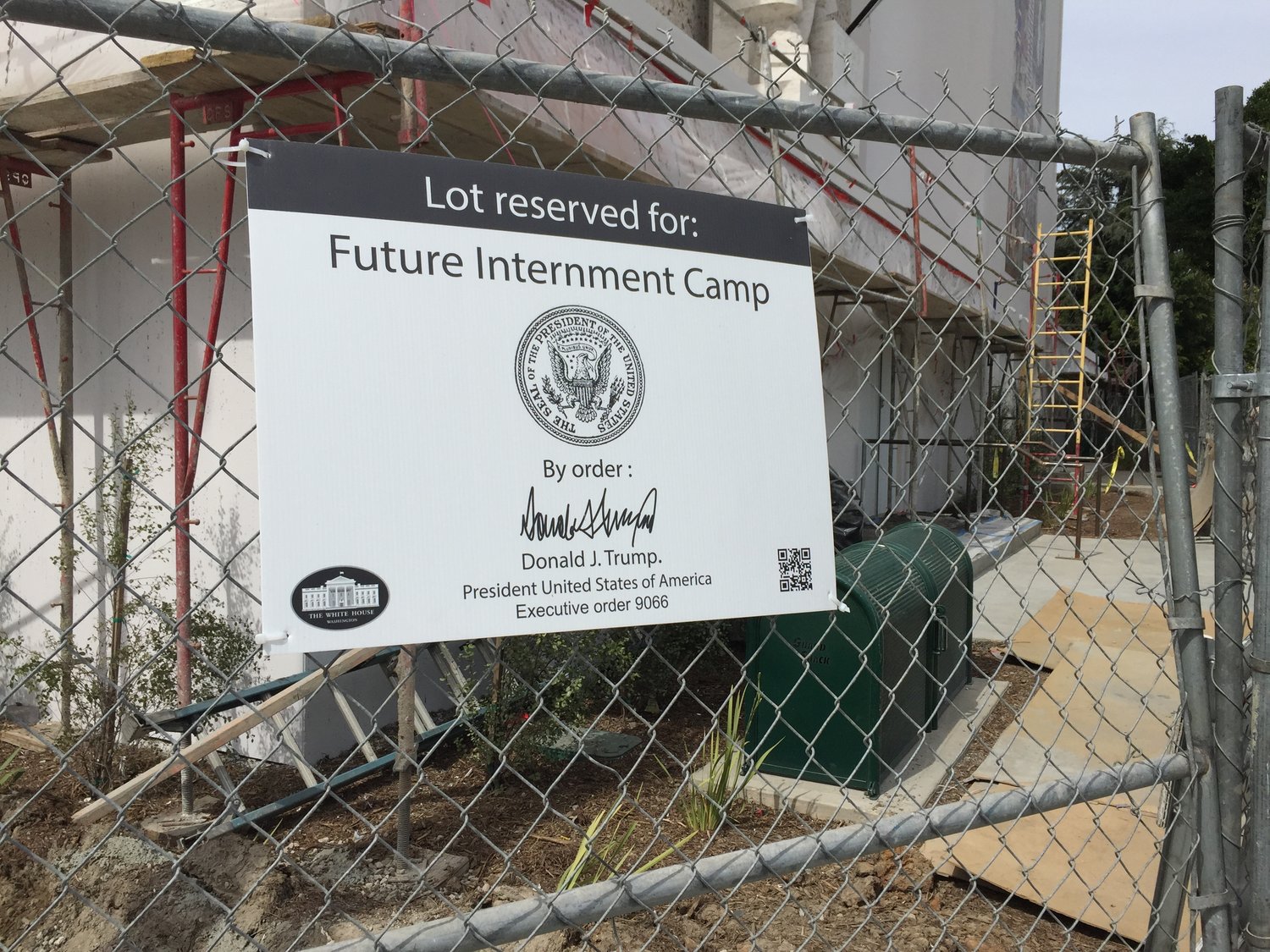 Street artist Plastic Jesus recruited artists to affix signs at construction sites and fenced-off lots around the country that say "Lot Reserved for: Future Interment Camp." Download and print your own here.

Plastic Jesus posted about the project on their home page:

A few month ago the idea that people would be prevented from traveling to the USA whilst holding the correct credentials would have sounded crazy. Or that people having travelled here legitimately would be detained for no reason and without legal representation. Or that Immigration snatch squads would wait outside schools or public meetings to apprehend people even though their immigration status is currently being processed by the USA government... Not so far fetched now?

Each sign has a QR code lower right for more information about the project. Hyperallergic has a great gallery of the signs in the wild, including one across from Trump Tower in Chicago.

• Street Artist Marks “Future Internment Camps” Around the US (Hyperallergic)

In 1984, pioneering street artist Keith Haring painted a mural in Collingwood, Melbourne at a school there. Today, that mural is only one of 31 Haring murals that still exist, but it was almost lost to time and controversy. Above is “Keith Haring Uncovered,” a documentary telling the story of Haring’s time down under and […]

“My wife hates it when I work from home,” writes Banksy on Instagram.