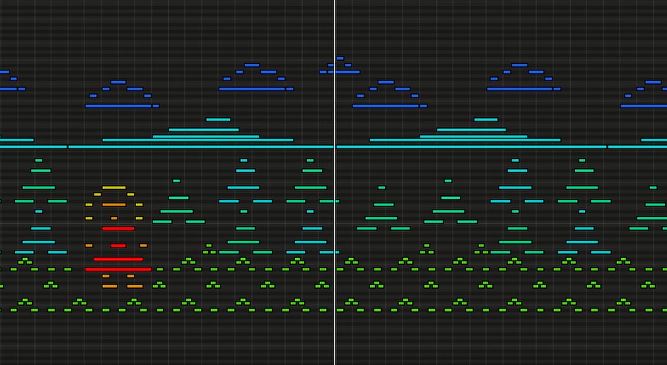 You've seen Midi pattern art before, but this one tells a story! Composer and artist Mari Lesteberg writes:

A longer MIDI Drawing this time - a little girl who lives in the woods, and what she finds when she enters a dark cave... :) Hope you like the music/story. Both the music and the design is inspired by old school RPG-games.