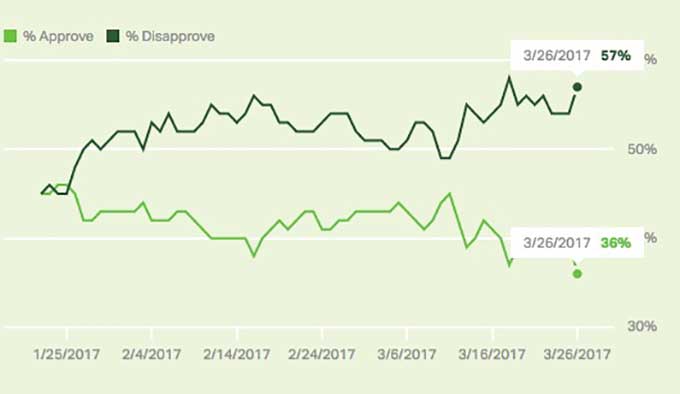 Gallup's latest poll reveals that Trump's approval rating is at an all time low of 36%. This is probably his bare rock base, who would cheer him for repealing the Bill the Rights (except for the 2nd Amendment) on the grounds that it was Unconstitutional.