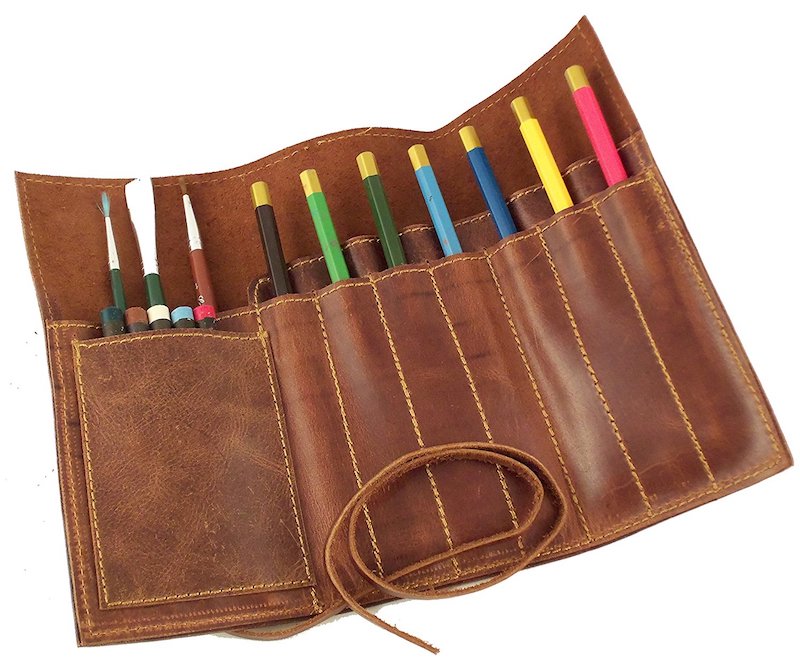 Organize your pens and pencils rather than poke holes in your pockets!

I am tired of pointy pens and pencils poking holes in my jacket pockets. I usually carry a box of colored pencils, my Autopoint Jumbo, and a fountain pen or two in my favorite coat's pockets.

One roll to organize them all!