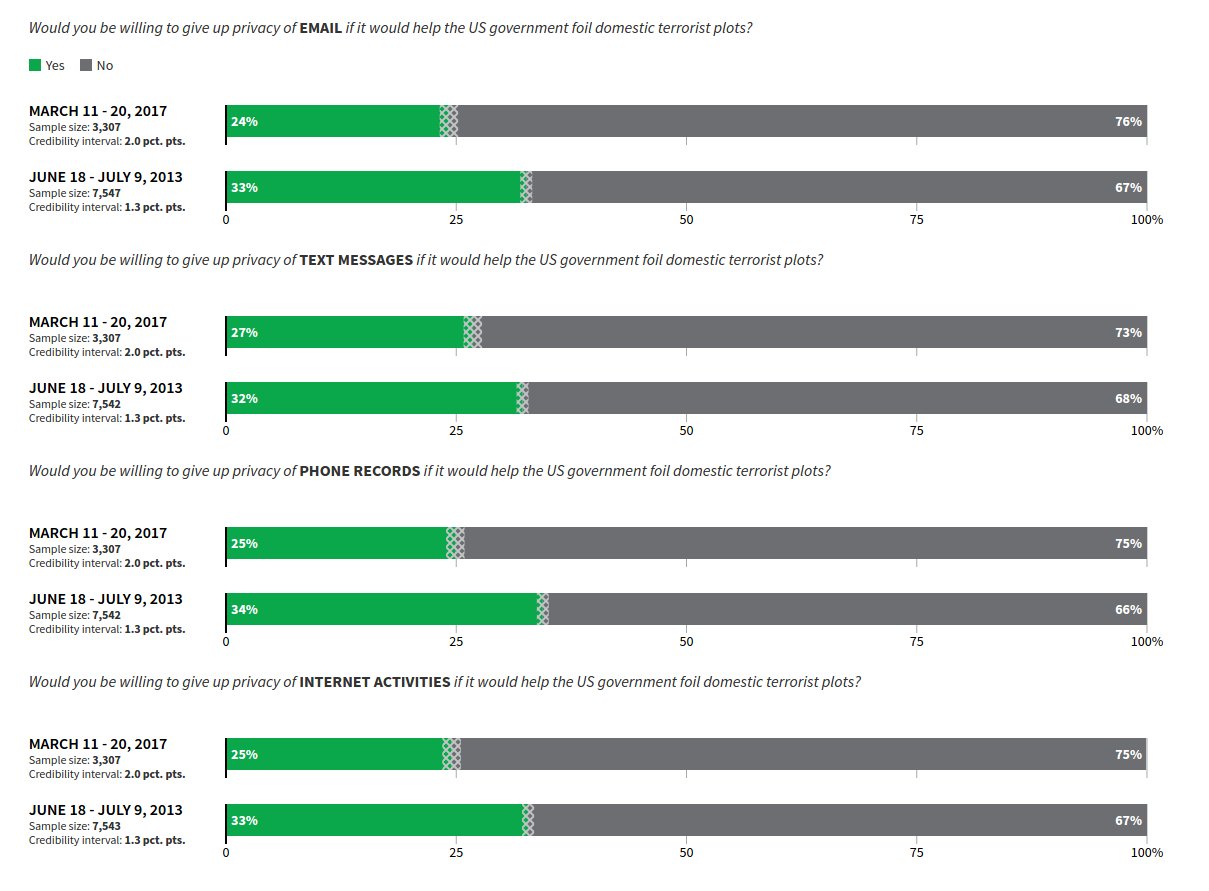 75% surveyed by Ipsos/Reuters said, "they would not let investigators tap into their Internet activity to help the U.S. combat domestic terrorism"(up from 67% in 2013).

But they're less unanimous about whether the US government is spying too much already (sad trombone).

Most Americans unwilling to give up privacy to thwart attacks: Reuters/Ipsos poll
[Dustin Volz/Reuters]