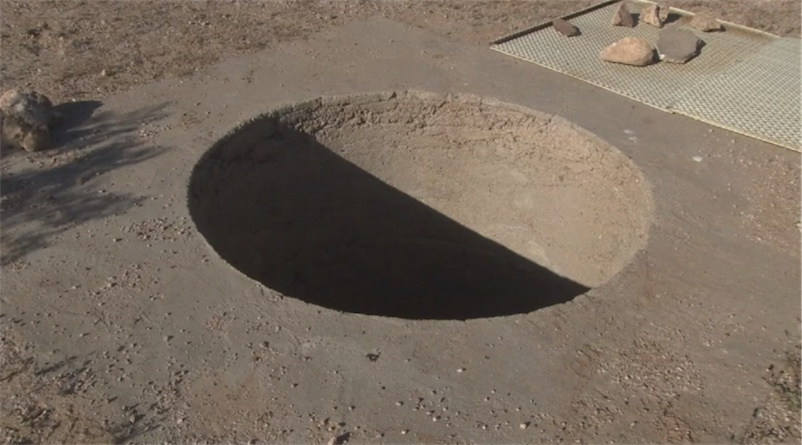 A couple days ago, a woman and her son on a walk near their home in Tonopah, Arizona found a very strange and deep concrete-lined hole. A representative from the American Pump and Well Service Repair said it doesn't appear to be a well. Local news 3TV dropped a camera into the hole, and at the bottom, around 30-feet down, the saw "mostly trash, a box and a bucket." The Bureau of Land Management has since filled in the hole. From 3TV:

A BLM spokesperson says the land was owned by the Federal Aviation Administration back in the 1950s. The property was later turned over to the BLM...

The BLM says the FAA still has access to the land as part of a 'right of way' grant, but says the hole has nothing to do with their operations. BLM says it had permission to cover it.