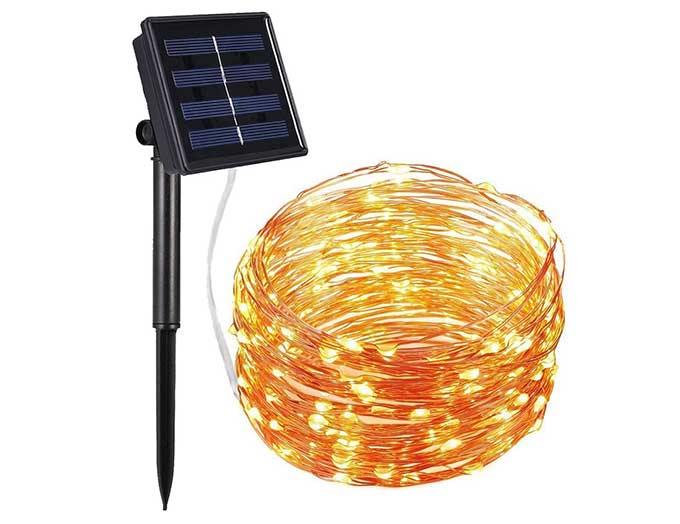 I bought this string of 100 LEDs with a solar charger a couple of years ago to put on our front gate. I set it to blink and it was a nice way for people to find our house at night. But a couple of months ago we had some work done on the gate and the guy severed the wires. So I bought a new one. The solar panel has a built-in battery and I used Sugru to mount it to the gate. It works really well. Amazon has this on sale right now for $(removed).