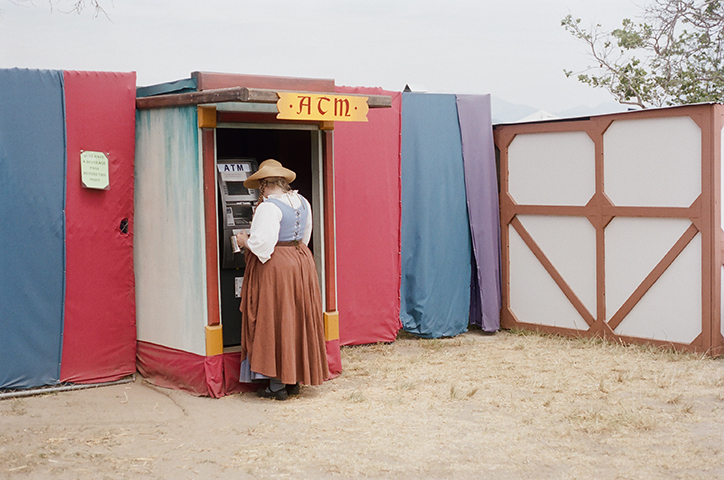 “As I made my way through the parking lot towards the entrance, I began to notice festival-goers puling on gauntlets and lacing up corsets; a Knight fishing his helmet out of the back of a banged up Honda Civic. The intersection between these mundane modern realities and the escapism of the past quickly emerged as my guiding theme for the day,” explains the photographer. “So much care is put into separating the fair from the modern world, yet here was a squire on a Samsung Galaxy 7 (yes the exploding one). Once inside the Fair grounds, I came across a whole community of people, unabashedly being themselves, celebrating their idiosyncrasies, not specific to any one genre. There were wizards, pirates, Elizabethan duchesses, Celtic warriors, Commedia Dell’arte and one or two aliens. Although it felt like I was one of the only attendees without costume, I was still welcomed with the proverbial, ‘Good day, Sire.’”