A visit to the Zippo lighter factory 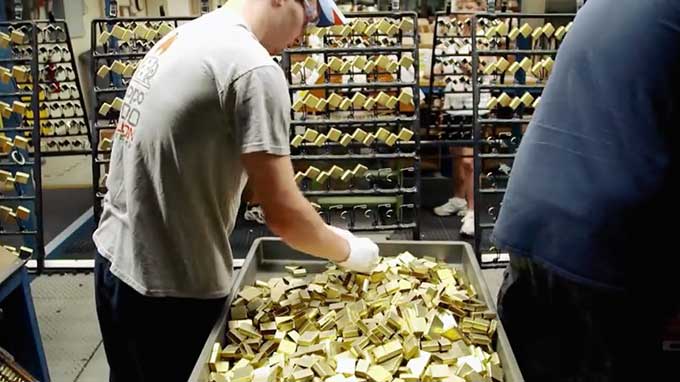 The zippo factory of Bradford, Pennsylvania makes 28,000 lighters a day. This video presents an inside look at how they and made and who makes them, including Beth, in the case assembly department, and Betsy the buffer.