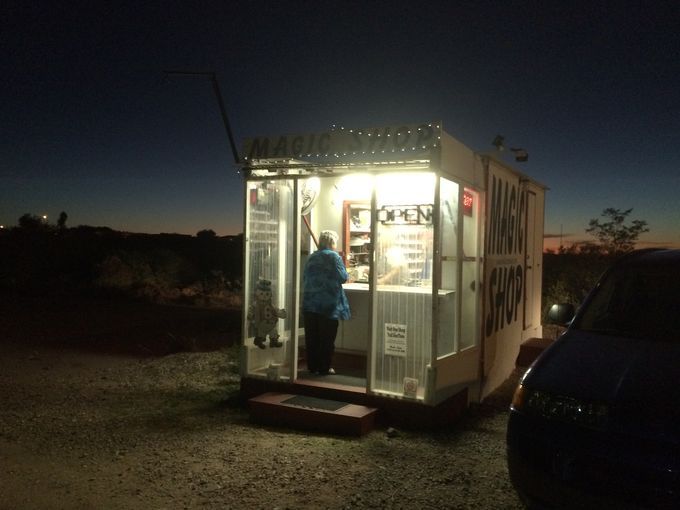 Emory Williams Sr., 82, has been performing magic for 70 years. He owns and operates a tiny roadside magic shop east of Tucson, Arizona. Scott Craven of the Arizona Republic profiled Williams, and took photos of his place. He also took a video of Williams performing a trick.

Calling it a shop is giving it the benefit of the doubt. It is nothing like the store the 82-year-old once owned in Tucson. That brick-and-mortar spot held more than 6,000 tricks in roughly 2,000 square feet, a destination for amateur and professional magicians throughout southern Arizona.

This shop, parked on a dusty gravel lot roughly 50 feet back from the road, is a 13-foot by 18-foot trailer, modified with solar panels providing power to the TV, radio, computer and air conditioner. Inside are 1,000 tricks and novelties. Some visitors can’t quite believe what they are seeing, as if the bold black letters that say “Magic Shop” must be, well, an illusion.

But it's no mirage, as shown by the tourists who stop just long enough to take a photo, as if Instagram posts could pay Williams' bills.