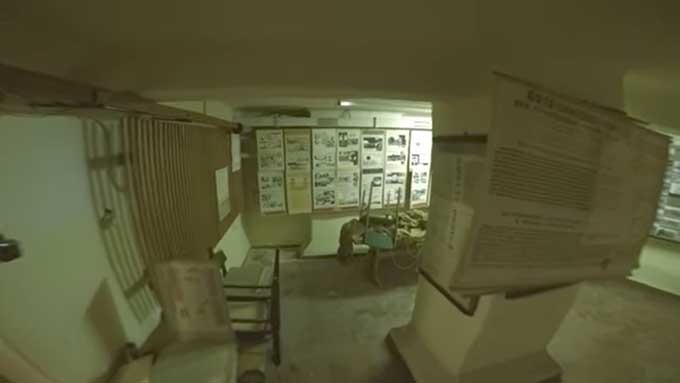 Is this the teaser for Portal 3? The disarray, scattered equipment, and posters on the wall seem like the work of a thoughtful set decorator. But, as Sean Hannity likes to say, "Wow if true."

While walking through the territory of a factory, located in the industrial area of the city, I noticed a weird concrete block with a metal gate on the side of it. I opened it and a latter climb later I was in a dark, small tunnel leading to an underground bomb shelter/safe house.