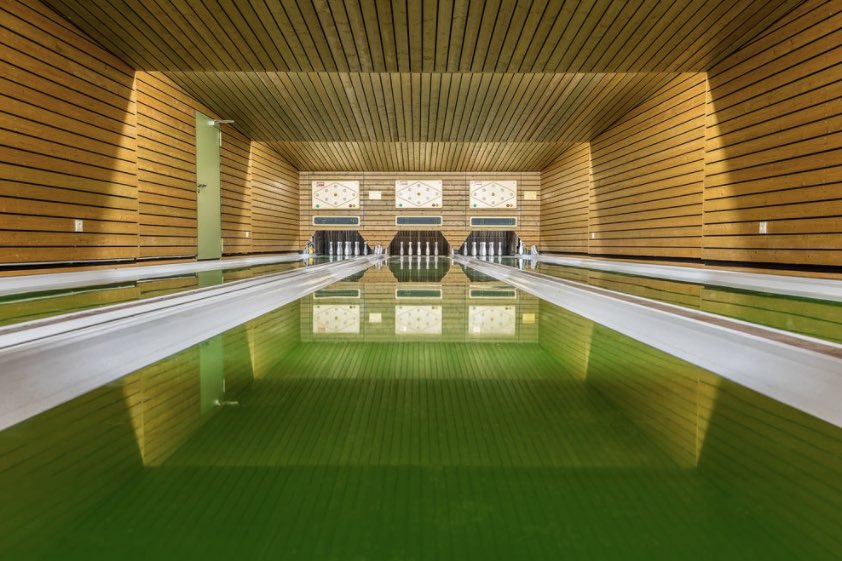 Photographer Robert Goetzfried photographed some of the most magnificent bowling alleys in Germany.

Above, the Wirtshaus Muenchner Tram in southeastern Munich.

Below: an alley in the basement of the Italian restaurant Curva Est; the massive Max Munich Bowling complex; and Pizza e Pasta's two lanes.