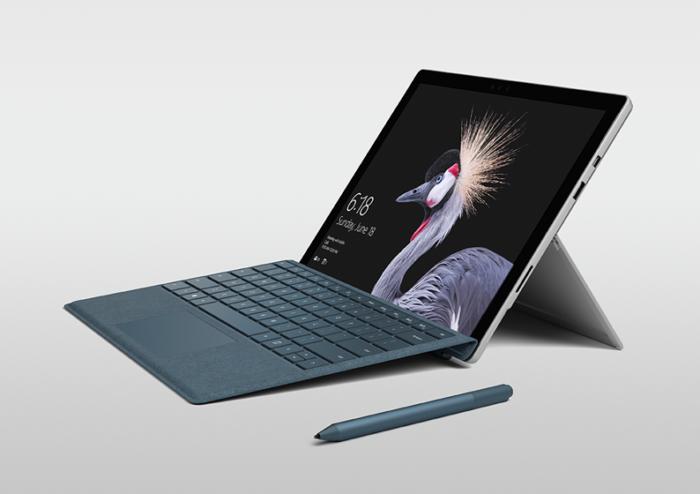 Microsoft announced Tuesday a long-awaited upgrade to its Surface Pro series of high-end tablet PCs, dropping the number from the name and adding Kaby Lake processors, more minutes on a charge and a few dollars to the price tag.

For Surface Pro 4 owners, the new Surface Pro is a tablet that's 20 percent faster, with 50 percent more battery life, all for roughly the same price. If you're wondering how Microsoft eked out more battery life, executives said it was a combination of an increased battery capacity as well as efficiencies in both the new Core chip and the Creators Update of Windows 10.

Tom Warren at
The Verge reports that the pen is being significantly upgraded, too, getting tilt detection, 4096 levels of sensitivity and a reduction in activation force: "Inking now feels a lot less laggy and way more responsive on the Surface Pro."

This is key for me. I couldn't quite get used to even the highest-end models in the past because the pen latency was so much worse than Wacom gear or the iPad Pro. I'll check in on the fifth Surface Pro and report back.